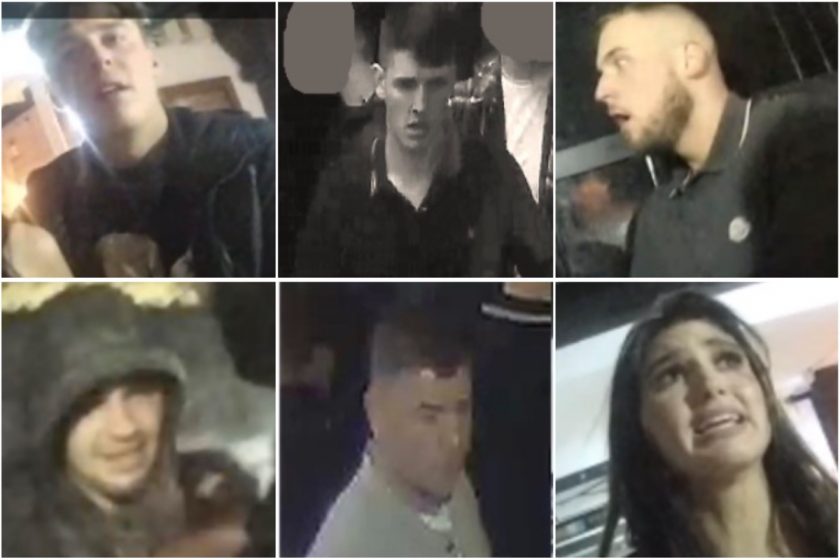 Police investigating a disturbance in Chester city centre have released CCTV images of six people they are looking to speak to.

The incident happened around 11.25pm on Saturday 12 February police were called to reports of a disturbance at the Commercial Hotel.

Officers attended the hotel and on arrival they found that a number of people had been assaulted, both inside the hotel and outside on St Peter’s Churchyard.

Enquiries in relation to the incident have been ongoing and officers have now released images of six people they are looking to speak to.

Police Constable John Wszolek, of Chester Local Policing Unit, said: “This investigation is ongoing and as part of our enquiries we’re keen to speak the people in the CCTV images as we believe they may be able to help us with our investigation.

“If you think you recognise them, or have any information in relation to the incident, please call the team here at Chester on 101.

“I would also like to appeal directly to the people in the CCTV images to get in touch to help us progress with our investigation.”

Anyone with any information in relation to the incident is asked to contact Cheshire police at https://www.cheshire.police.uk/police-forces/cheshire-constabulary/areas/cheshire/about-us/about-us/provide-more-information-about-an-appeal, or on 101, quoting IML 1200260.

Information can also be reported anonymously, via Crimestoppers, on 0800 555 111.


Tweets by Deesidedotcom
Wednesday May 25th 17:36