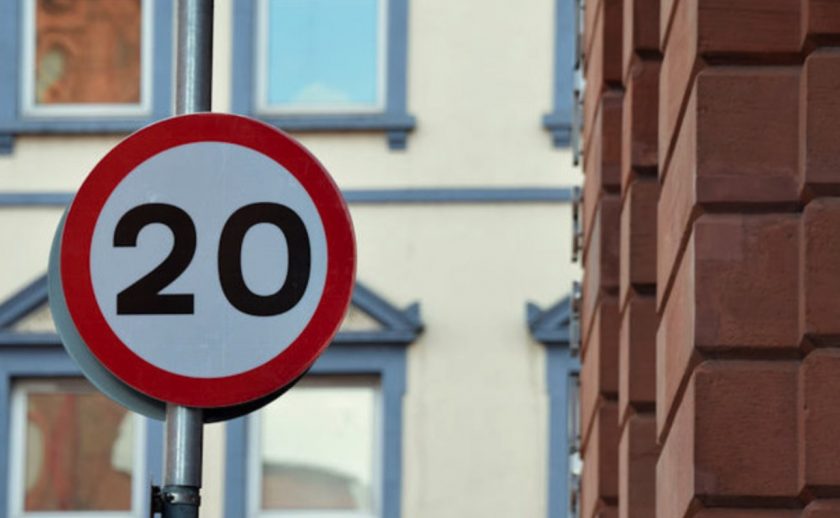 Plans to introduce a 20mph speed limit on residential streets in Wales have passed the first hurdle.

Lee Waters, the Deputy Minister for Economy and Transport, set up a task force last year to look at changing the default 30mph limit.

A report published on Wednesday cites “overwhelming evidence” that lower speeds result in fewer collisions and a reduction in serious injuries.

The proposals have now passed an initial vote in the Senedd with 45 votes for, six against and two abstentions.

Mr Waters said the Welsh Government planned to implement the change by 2023.

A consultation will need to take place on the changes before a further vote to implement them in full.

During a debate in the Senned yesterday, Lee Waters MS Said:

“Eighty children were killed or seriously injured in Wales in the last year that we have figures for—80 children, 80 families whose lives will never be the same again.

Whilst we have made progress on reducing deaths on our roads in the 21 years of devolution, despite our considerable efforts, there are still 4,000 accidents that result in injuries every year in Wales.

The evidence is clear: reducing speeds reduces accidents. Reducing speed saves lives, and slower speeds in our communities improve quality of life, too.”

The Deputy Minister said: “Today we publish the report of the 20 mph taskforce which recommends turning the current process on its head so that instead of the default limit being 30 mph with communities needing to make the case to go lower, the default speed limit will become 20 mph, with a case needing to be made to go higher.

This change in the default speed limit is a cost-effective way to lower the speed limit on all residential roads in Wales.”

Mr Waters added: “We don’t expect speed to drop to 20 mph overnight. It will take time to change behaviour. But even a 1 per cent drop in average speeds is likely to bring about a 6 per cent drop in casualties.

We will expect the law to be enforced. The police were represented on the taskforce, and I’ve had encouraging discussions with the police commissioners.

There’s a lot of detail to get right first, we’re not going to rush it. We want to get it right.

We plan to fully implement this in 2023. Before then, with the support of the Senedd, we’ll need to implement the 21 detailed recommendations of the taskforce.”