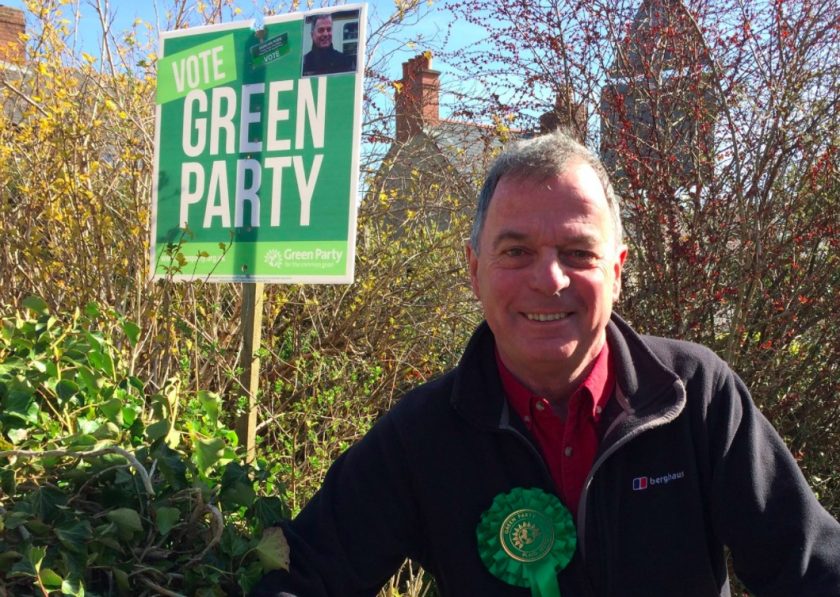 Duncan Rees has put himself forward as the prospective Green Party candidate in the forthcoming Alyn and Deeside Assembly by-election.

Duncan as born and brought up in Cardiff, studied at Liverpool University, lived 20 years in London, before moving to North Wales in 1995 – where he has since lived in the village of Brynteg near Wrexham.

Duncan has worked for organisations in the campaigning and charity field, including CND and Oxfam. For 21 years to 2014 he worked as a membership and community officer for the Co-operative group – latterly in north Wales.

He is a strong advocate of a fair deal for producers – overseas, and in Wales. He chaired the Wales Fairtrade organisation during its successful campaign to make Wales the worlds first Fairtrade Nation in 2008.

Married with two grown-up children, Duncan takes an active interest in local issues, and is particularly interested in environmental matters, supporting local community and co-operative development, and promoting better public transport and improved routes for both cyclists and pedestrians.

He is currently Chair of the Wrexham Fairtrade Coalition, and has been a volunteer on the Llangollen Railway for 10 years.

The son of late Assembly Member Carl Sargeant says he will be a champion for Alyn and Deeside “just as my dad was”  and wants to continue his fathers legacy.

Jack Sargeant, 23, was chosen by Labour party members as the party’s Assembly candidate in a secret ballot at a hustings event in Connah’s Quay Civic Hall on Wednesday evening.

He secured the nomination with over 50% of the vote ahead of the two other candidates Carolyn Thomas, county councillor for Treuddyn and Hannah Jones, a Saltney town councillor. Read more here

Broughton and Bretton community councillor Donna Lalek has been chosen to stand as a Welsh Liberal Democrat candidate. Read more about Donna here.

UKIP said they will not field a candidate if Jack Sargeant is chosen by labour, “out of respect to the late Carl Sargeant.”