Senedd Election 2021: What parties have to say on the future of “unfair” council tax 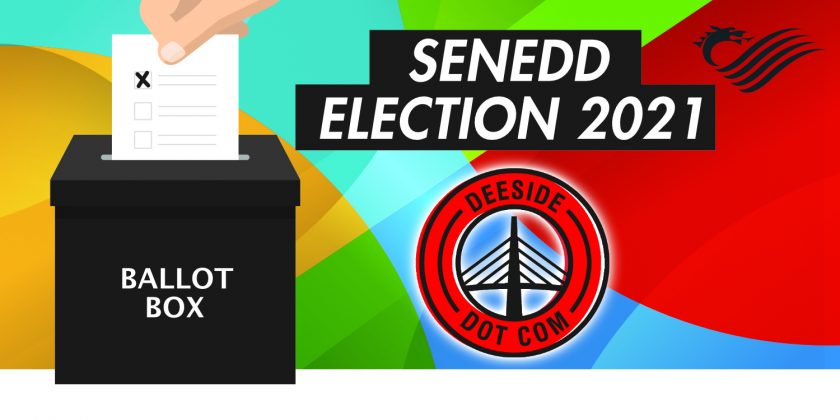 Earlier this month saw council tax demands fall on the doormats of homes across Wales.

But often described as one of the most unpopular taxes of all, the past decade has tended to show a pattern of sharply rising bills despite household incomes often failing to keep up.

While setting the annual rates is the responsibility of individual authorities, the power to set the bulk of their income sits in Cardiff Bay – as well as any potential reform, as is being advocated by some parties going into next month’s crucial Senedd election.

What is Council Tax

Introduced in 1993 it replaced the hugely controversial community charge, more commonly known as the Poll Tax.

But contrary to many people’s assumptions, the tax only pays for around a fifth of your local council’s budget, with most coming from central government or the income it manages to raise itself.

While income tax is based on how much you take home every month, council tax is more of a property tax and levied via household rather than the individual – although those living alone are usually entitled to a 25% discount.

How much you pay is roughly based on the size and value of the property, no matter how much or little you generate in income, and bundled into “bands.”

However, if your property is long-term empty or is a second or holiday home, since 2017 Welsh councils have also been entitled to charge a premium of up to 100% – which could mean paying double what you would if it was a normal dwelling.

Although only two currently charge the full 100% premium, others charge between 25% and 50%.

Why are my bills rising every year?

With the vast majority of councils’ income coming thanks to the annual settlement from Cardiff Bay, the results of austerity and public funding cuts have seen authorities receive a string of at least real term cuts over the past decade.

This has led to a bigger burden on local ratepayers to make up growing funding gaps as councillors strive to balance the books – despite cuts also having been made to local services.

While there is no official cap on council tax rises, an informal limit of 5% was set by the Welsh Government.

But over recent years some authorities have smashed this limit, with Pembrokeshire voting for a 12.5% rise in 2018 as it tried to plug a £16m funding gap.

What the parties say

Welsh Labour, having overseen the Welsh Government since its inception, has made a commitment to “reform council tax to ensure a fairer system for all.”

A spokesman went on to say: “In government, Welsh Labour has given local councils the powers they need to drive our local economies.

“Despite the last decade of UK Tory austerity, it has been Welsh Labour that has stood up for public services by investing in local government. That protection has been crucial as we have relied on essential local services throughout the pandemic.

“A new Welsh Labour Government will move Wales forward by continuing to invest in local government and services, by reforming council tax to ensure a fairer system for all and by changing the performance framework for local government to better enable innovation and local ownership.

“We will also keep the 1% increase in Land Transaction Tax charged on second home purchases and work with local government and communities to explore other tax, planning and housing measures – which could include local rates of Land Transaction Tax – to ensure the housing interests of local people are protected.”

As part of their pledge the Welsh Conservatives say they would fund councils to the extent that a council tax freeze would be guaranteed for “at least the first two years of the next Senedd term”, with the “ambition” of freezing for the full term.

Noting that council tax in Wales has more than trebled since 1998, the party says that Labour has “failed to give communities more power over excessive council tax rises.”

The party’s local government spokesperson and South East Wales candidate, Laura Anne Jones, said: “As we begin to see glimmers of optimism in our fight against the virus ,the economic and cost of living ramifications will begin to hit home, and people across Wales are now worried about future bills.

“To ease these concerns, Welsh Conservatives will freeze council tax bills for at least the first two years of the next Senedd term, with the ambition of freezing it for the next five years.

Plaid Cymru, meanwhile, says that “thousands of Welsh households” would see a cut in their council tax under his party’s plans to reform the current “unfair and outdated” system.

Promising to undertake a revaluation and increase the number of bands at the higher end of household evaluations, they say that this would ensure that council tax is more proportional to the value of properties.

As a result, they claim that around 20% of households in the bottom fifth of income distribution would see their council tax bill fall by approximately £200 following such a switch.

Leader Adam Price said: “The Institute of Fiscal Studies describes Wales’s current council tax model as ‘out of date, regressive and distortionary’. It is unsurprising but entirely unacceptable that Welsh families have been hit by a total of £13m of council tax arrears during the pandemic.

“As the IFS also notes, making council tax proportional to up-to-date values would lead to average bills falling by more than £160 in Merthyr Tydfil, Neath Port Talbot and Blaenau Gwent.”

This is on top of other Plaid proposals that would allow councils to charge a 200% rather than 100% premium on second homes, while also pledging to cap the number of second homes in an area and changing the rules so that they cannot be registered as businesses and avoid paying council tax altogether.

According to their manifestos, other parties have also pledged changes to the taxation system.
In their document, the Welsh Liberal Democrats pledge to “Investigate changes to the funding of local government, including the replacing of Council Tax.”

Also noting that people in rural communities have been “priced out or left with scarce housing,” the party says it will “institute legislation that requires local authorities to set council tax at the maximum possible level for all homes other than someone’s primary residence.

“We will close loopholes that allow people to designate second homes as businesses and ensure that they pay their way to support the communities locally.”

Other parties to mention council tax in their manifestos are Propel, who promise to “close the second homes loophole,” whereby second homes are reclassified as businesses to avoid local taxation.

While making no reference to council tax specifically, the Green Party advocates “a just taxation system for Wales where paying in means that support is always available when we need it, on the Nordic model.

“Higher tax rates for our wealthier residents need to go hand-in-hand with excellent and reliable public services and social support for all.”

Gwlad, meanwhile, describes the current system of Council Tax as a “blunt instrument that does not correlate tax payments well with either ability to pay or the value of the property taxed.”

They propose to replace it with two new charges for domestic property, believing that for “most properties their combined value would not exceed the existing Council Tax.”

While “actively discouraging” second homes or holiday lets, they would introduce a licensing scheme similar to that which currently applies to HMOs (Houses in Multiple Occupation).

Any application for a new licence or the renewal of a licence would “automatically be refused if the number of similarly licensed premises in the Ward exceeds 5% of the total housing stock,” with any awarded a licence subject to a 500% council tax premium.