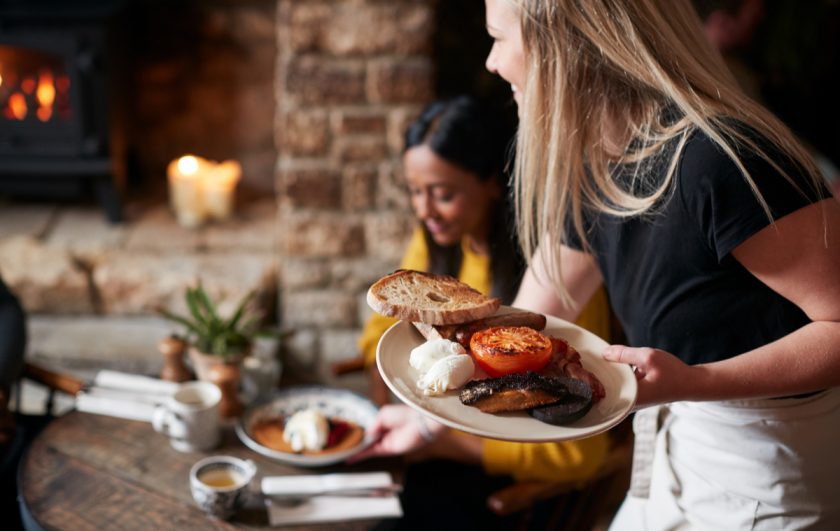 All tips will go to staff under new plans to overhaul tipping practices set out by the UK government today.

Restaurant owners will now be banned from taking tips and service charge payments from workers under new legislation being introduced five years after a ban was first proposed.

Most hospitality workers – many of whom are earning the National Minimum Wage or National Living Wage – rely on tipping to top up their income.

But research shows that many businesses that add a discretionary service charge onto customer’s bills are keeping part or all of these service charges, instead of passing them onto staff.

The law will help around 2 million UK workers retain their tips, which can make up a large proportion of income for many hospitality workers.

Moves towards a cashless society have accelerated dodgy tipping practices, as an increase in card payments has made it easier for businesses to keep the funds.

80% of all UK tipping now happens by card, rather than cash going straight into the pockets of staff.

Businesses who receive tips by card currently have the choice of whether to keep it or pass it on to workers.

“Unfortunately, some companies choose to withhold cash from hardworking staff who have been tipped by customers as a reward for good service.”

“Our plans will make this illegal and ensure tips will go to those who worked for it.”

“This will provide a boost to workers in pubs, cafes and restaurants across the country, while reassuring customers their money is going to those who deserve it.”

Today’s plans will create consistency for those being tipped by cash or card, while ensuring that businesses who already pass on tips fairly aren’t penalised.

And new rights for workers to make a request for information relating to an employer’s tipping record, enabling them to bring forward a credible claim to an employment tribunal

Under the changes, if an employer breaks the rules they can be taken to an Employment Tribunal, where employees can be forced to compensate workers, often in addition to fines.

Tipping legislation will form part of a package of measures which will provide further protections around workers’ rights.

The five-year delay in the UK government coming forward with tips legislation has cost the waiting staff an estimated £10,000 in ‘lost’ tips, Unite said today

“We will continue to challenge abuses in the workplace and Unite will keep fighting to improve the jobs, pay and conditions of the hospitality workforce.”

Unite said based on a survey of its Pizza Express members, waiting staff were losing £2,000-a-year in ‘lost’ tips  or an estimated £10,000 since the government’s 2016 announcement to clamp down on unfair tipping practices.

Unite national officer for hospitality Dave Turnbull said:“We are pleased that our calls for a code of practice have been heard, but such a code must not leave workers open to abuse of unfair distribution systems such as at Pizza Express where tips are being used to subsidise wages of workers in a disproportionate way.”

“Unite – as the largest union for hospitality workers – should be closely involved in the discussions which develop this statutory code.

“For those that have been working in the sector since 2016, we calculate, based on a survey of our Pizza Express members, that hospitality workers have lost on average £2,000-a-year in tips which is disgraceful.

“We regard this as a first step to stamping out the long hours culture and exploitative working environment that bad employers have got away with for far too long in the UK hospitality sector.”

Unite said it was in May 2016 that the then business secretary Sajid Javid unveiled new plans to end unfair tipping practices when he said: “I’m setting out our proposals to make tipping fairer, clamping down on unfair practices and securing a better deal for the millions of workers in the service industry.”

Unite is dedicated to advancing the jobs, pay and conditions of its members and will fight back against any efforts to diminish workers’ living standards.