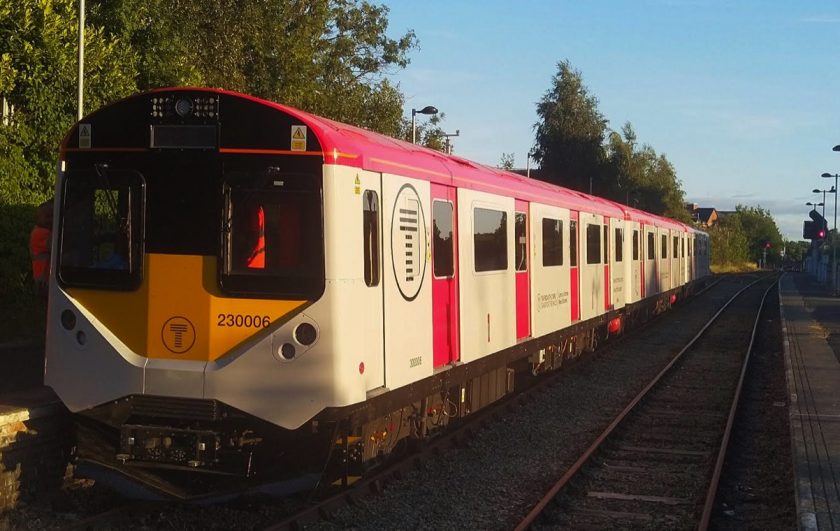 Transport for Wales has restarted testing its troubled Class 230 train after the programme was suspended earlier this year due to a “thermal incident.’

Class 230 units are a fleet of five recycled London underground trains TfW purchased for the Wrexham to Bidston line to fulfil a short-term commitment of increasing the number of services on the line.

However their introduction has been delayed by more than three years due to technical issues.

The hybrid diesel/battery train, manufactured by UK based Vivarail, uses the bogies and aluminium bodyshells of withdrawn London Underground trains.

The trains were intended to come into service in 2019 but TfW only took delivery of units from Vivarail in July 2020.

Staff training requirements were hampered by the Pandemic leading to further delays.

Other delays have been caused by what TfW called “technical issues” in July last year. 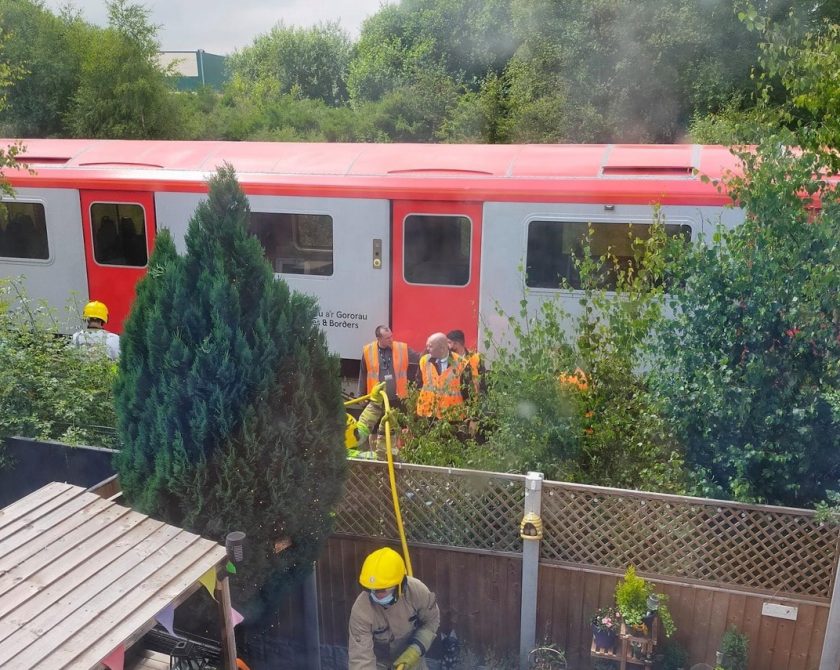 Firefighters were called out to a ‘small fire’ under one of the units in July last year.

It was understood at the time that training was temporarily suspended after a small fire on one of the units.

TfW had hoped to bring the Class 230 units into operation on the Wrexham – Shotton – Bidston route in May which would have also seen a new early morning service begin.

But a further battery-related “thermal incident” in April led to the implementation programme being suspended.

One of the units was spotted out on the line earlier this week.

Transport for Wales told Deeside.com today: “Testing of the first Class 230 train has restarted this week on the Wrexham-Bidston route following work to make a series of improvements.”

“Driver training will recommence in the near future.”

“This will continue through the autumn with the aim of introducing them to passenger service by the end of the year.”

Speaking to Deeside.com in July, Alexia Course, Director of Transport Operations at TfW said a “very detailed safety and engineering investigation” into what caused the so-called thermal incidents, “we have got to the bottom of it.”

Alexia said: “We’ve found the solution, it is going through our engineering compliance process to get signed off.”

Alexia said the issue was to do with the “threshold cut-off point with the batteries because it’s a different type of traction for that line.”

She said they had a “more sensitive threshold level which then resulted in this (thermal) event happening.”

Alexia said the fix will, “increase the threshold levels, which means that the batteries can operate before going into a thermal event mode.”

She added: “It took a while to figure out where the problem was.”

Alexia said: “We trained all our drivers ready for May but then obviously the thermal event incident happened.”

The Class 230 drivers are now out of competency due to the length of time the programme has been suspended.

“It means that is also going to delay when we can bring the trains into passenger service.”

“We are still aiming for the end of autumn-winter time, so still within this calendar year.” She said.