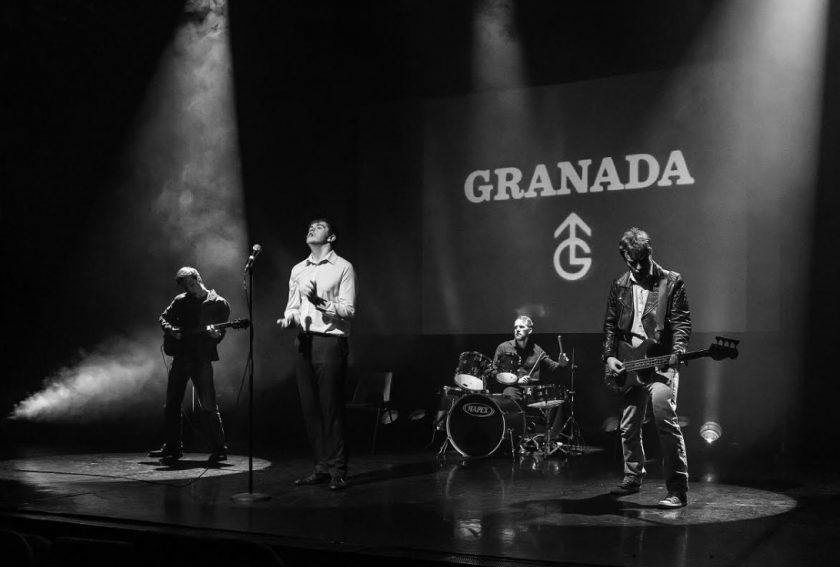 A stage play documenting the story of 1970s band Joy Division is embarking on an Autumn tour to mark its 10th anniversary – and includes a return to Liverpool’s Epstein Theatre.

New Dawn Fades: A Play About Joy Division And Manchester is the story of four ordinary lads who, inspired by the punk revolution of 1970s Manchester, came together to form one of the most influential bands of all time.

The play is on at The Epstein Theatre for one performance only on Wednesday 14 September 2022.

The show is a thrilling rollercoaster ride through a turbulent and hugely creative post-punk era, with a sparkling array of colourful and memorable characters.

The character of Tony Wilson narrates, and takes audiences on a breath-taking whistle stop tour of 2,000 years of Mancunian history, uncovering the surprising influences on Joy Division’s music – from Roman General Julius Agricola and Frederich Engels, through to Dr John Dee and many more.

The iconic album Unknown Pleasures was recorded while the band were rehearsing at Tony Davidson’s legendary studios on Little Peter Street in the late 1970s, alongside many of the city’s upcoming bands including The Fall, Buzzcocks, V2, The Drones, and Mick Hucknall.

Many of those colourful characters – and their acclaimed music – appear in the show which captures the spirit and energy of the era. 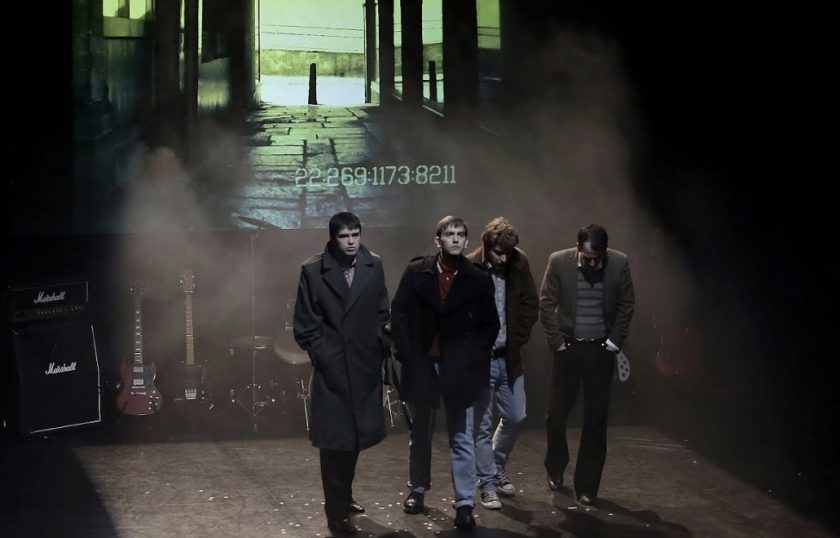 Drawing from the history of the city, oral history from those on that were there, and Curtis’ haunting lyrics, the play explores the local and cultural influences on the band with humour and heart.

The result is a spellbinding journey of love, passion, progress, grief and music, drawing inspiration from the enigmatic lyrics of Ian Curtis, with a soundtrack featuring live performances of his beloved tracks.

The show was previously staged at The Epstein in 2015. As part of its Autumn 2022 tour, it will also visit venues in Sheffield, Chorley, Bury, and Huddersfield – before concluding at the Royal Northern College of Music in Manchester, the show’s biggest venue to date.

The play brought to the stage by Manchester production company All Roads Meet, with executive producer Nina Whiteman.

It is directed by Sean Mason and Giles D Bastow, who have been an integral part of the show since its smash-hit debut in 2013, they are also part of the cast.

Cast members include Joe Walsh as Ian Curtis; Leah Gray-Scaife as Deborah Curtis; Alan Donohoe as Tony Wilson; Bill Bradshaw as Peter Hook; Matthew Melbourne as Stephen Morris; Sean Mason as Martin Hannett, Paul Morley, and Frederich Engels; and Giles D Bastow as Joy Division’s iconic manager Rob Gretton – some of whom have been with the production since the very start 10 years ago.

Written by Brian Gorman, the play is based on his graphic novel of the same title and was an instant hit when it debuted at Manchester’s The Lass O’Gowrie pub in 2013.

Co-director Sean Mason said: “We can’t wait to bring this iconic story back to the stage. It’s about more than just the music and the memories, it’s about capturing a moment in time and a movement that gave voice to ordinary people, demanding to be heard.”

Find out more about New Dawn Fades by visiting www.newdawnfadesplay.wordpress.com or following on social media channels: