Row breaks out between Labour councillors over Mold toilet demolition 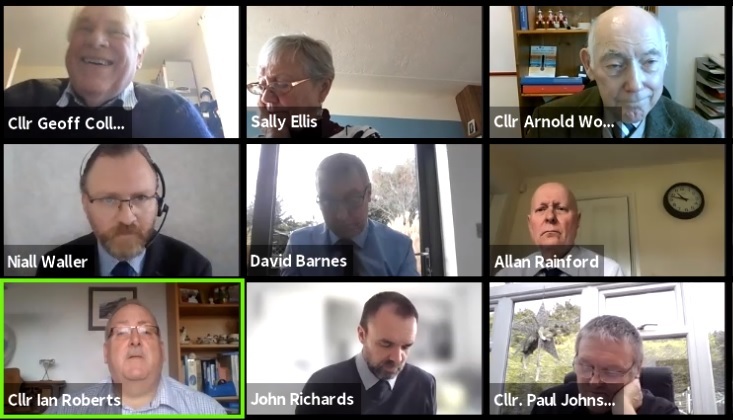 A row has broken out between two Labour councillors over claims that the closure of public toilets in Mold has harmed the town’s economy.

Geoff Collett, who is part of the ruling Labour group on Flintshire Council, has hit out at its decision to demolish a toilet block within the New Street car park in the town.

Work to knock down the conveniences was carried out in September and the Mold South ward representative previously said the move had caused shoppers to go elsewhere.

However, Cllr Collett was sternly rebuked by Labour council leader Ian Roberts after raising the issue again at a recent meeting.

It came after he accused the local authority of hampering Mold’s prospects during a discussion on town centre regeneration efforts.

Cllr Collett said: “It is very important that we look after our town centres and unfortunately, if we take Mold for an example, we are in a situation now where Flintshire has done actual harm by closing down the public conveniences.

“I am forever receiving complaints from my residents about this.

“This not for the well-being of Mold and we have a report that’s saying one thing but we’re actually doing something quite different.”

The council said the decision to knock down the toilets had been made to create room for extra parking and electric vehicle charging points.

Officials said the facilities had also became a hotspot for anti-social behaviour.

Improvements were subsequently carried out to the toilets at Mold Bus Station as an alternative.

The criticism was slapped down by the leader of the council after he highlighted that Mold Town Council, which Cllr Collett is a member of, had turned down the opportunity to keep the toilets running.

Speaking at last Wednesday’s (November 17, 2021) meeting of the governance and audit committee, Cllr Roberts said: “The toilet block in Mold which we’re talking about was demolished by the council some weeks ago.

“The offer was made to Mold Town Council to take these toilets on which it didn’t do, instead opting to provide financial resources for the new public toilets which have been located in the bus station.

“Mold Town Council actually contributed to the decision to place the toilets in the Mold bus hub.

“Cllr (Chris) Bithell has told me this if we’re going to disagree publicly Cllr Collett.”

The council recently published details of its toilet strategy for Flintshire.

The authority said it wanted to encourage people to use toilets in public buildings due to a lack of funding to maintain standalone facilities.

It highlighted the availability of toilets within a number of public facilities in Mold, including Mold Library and the Daniel Owen Centre.

Cllr Roberts issued a further dressing down to Cllr Collett during the meeting, which was held remotely via Zoom, after he laughed while the council leader was speaking.

He said: “I can see you’re laughing Cllr Collett but if you’re desperate you can go to a counter and say: ‘Can I have a key please?’

“It is particularly disappointing to note that the brand new public toilets at Mold Bus Station were vandalised quite badly within the last couple of weeks.

“We have unfortunately, because of lack of financial resources, closed public toilets throughout the county, whilst ensuring that we work with partner organisations to ensure that other facilities are available.

“Those decisions have been made and I think it’s disappointing that this comes in on the back of a town centre report.”