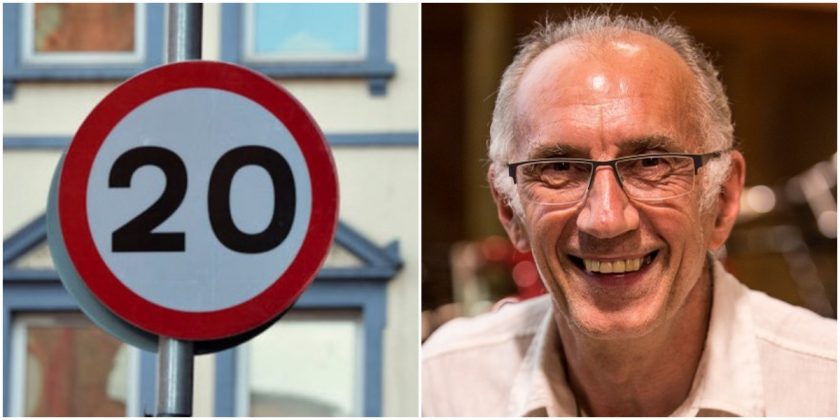 A row has broken out after campaigners fighting against a 20mph speed limit in Buckley were accused of spreading “misinformation”.

Flintshire is one of eight areas in Wales currently trialling a reduction in the speed limit in residential areas and busy pedestrian streets, taking it down from 30mph to 20mph

The Welsh Government launched the pilot in February as part of plans to introduce a national 20mph default speed limit, which it says will help to reduce road accidents and save lives.

However, the trial has proved unpopular in Buckley, where residents claim it has led to an increase in collisions and road rage incidents, as well as rising pollution and fuel costs.

A petition set up by a local town councillor calling on ministers not to impose a national 20mph blanket speed limit has so far attracted almost 43,000 signatures.

Adie Drury, who represents the Bistre East ward, said the pilot scheme had caused “chaos”, leading to people avoiding the area and having to take new routes.

However, a road safety campaigner has written a blog post slamming the comments made in her petition as “disingenuous”.

Rod King, founder of the 20’s Plenty for Us campaign group, said: “The Change.org petition to oppose the Welsh Government national default 20mph limit misinforms in that it misreads the Welsh Government plans and the ability of local highway authorities to set local exceptions.

“In this and many other inaccuracies it is therefore extremely limited as an assessment of public support for opposing the national default 20mph limit with exceptions that has been set in Wales.

“There is no ‘chaos’ and it is disingenuous to suggest that there is. No roads have been closed. No-one is being ‘forced’ to take new routes.

“There is substantial evidence that reducing speed reduces casualties. To say otherwise is both manifestly untrue and misinforms.

“There is no evidence that the change in speed limit has ‘caused’ any casualties in Buckley.”

The Welsh Senedd recently passed a law which will see the speed limit reduced to 20mph in built-up areas from next year.

It will be the first country in the UK to do so despite the move causing controversy among some drivers.

Ms Drury has now hit back at the comments made by Mr King and accused him of ignoring the views of Buckley residents.

She said: “He describes it as incongruous to suggest the 20mph scheme has caused chaos in Buckley.”

She said Mr King’s comments were disputing residents lived experiences of driving, cycling and walking around Buckley for many years prior to the introduction of ‘this ludicrous and utterly counterproductive scheme.’