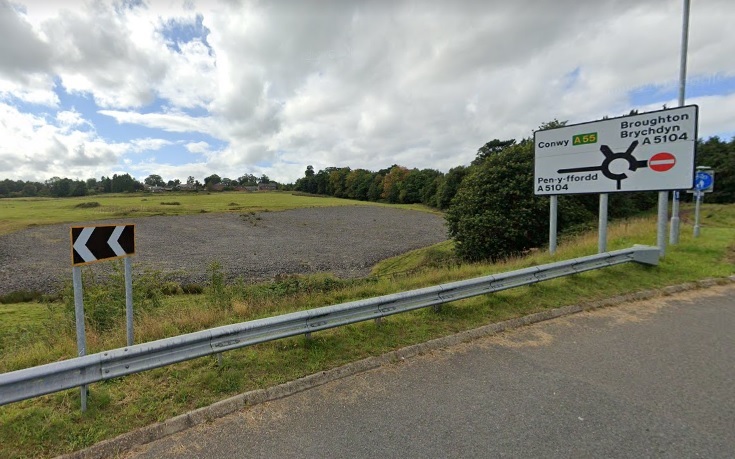 The selection of a proposed site for 300 new homes has been defended ahead of a crunch hearing despite its proximity to an airport.

The inspection of a blueprint for about 7,000 houses in Flintshire was paused last month after “significant concerns” were raised regarding the Warren Hall site in Broughton.

The land is earmarked for housing in Flintshire Council’s Local Development Plan (LDP), which sets out where development could occur in the county over the next decade.

It has also been allocated for commercial use, with proposals in the pipeline for a hotel, leisure facilities and shops.

However, planning inspectors paused their examination of the LDP after Airbus challenged the inclusion of a site which is close to the final approach for aircraft landing at Hawarden Airport. 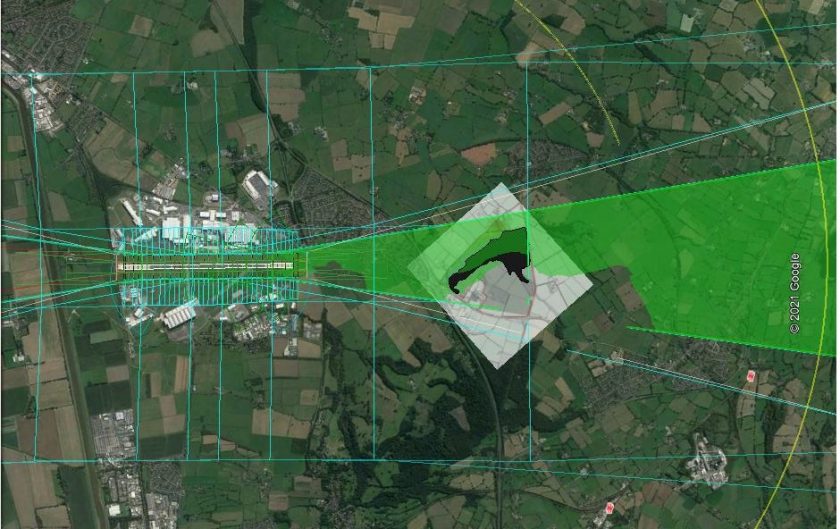 Airbus has produced an image showing how properties built at a height of 8m would impact the approach to runway four at Hawarden Airport. Source: Airbus

A response has now been issued to address their reservations following discussions between public officials and the planemaking firm, which uses the airport to transport wings from its factory in Broughton.

The statement of common ground signed jointly by representatives for the council, Welsh Government and Airbus has been published ahead of a hearing into the site’s selection early next month.

It states: “Airbus are satisfied that aerodrome safeguarding matters have now been sufficiently understood at the development plan stage.

“Further specific aerodrome safeguarding assessments of the detailed development proposals will be required in accordance with legal requirements and validated by Civil Aviation Authority, at subsequent stages when detailed proposals come forward.

“On this basis, the council and Welsh Government consider that the site’s allocation in the development plan is therefore acceptable and appropriate.”

Airbus had originally warned the height of the houses would need to be restricted with residents likely to be impacted by high noise levels.
The council has since agreed to the controls to ensure aircraft safety is not compromised. 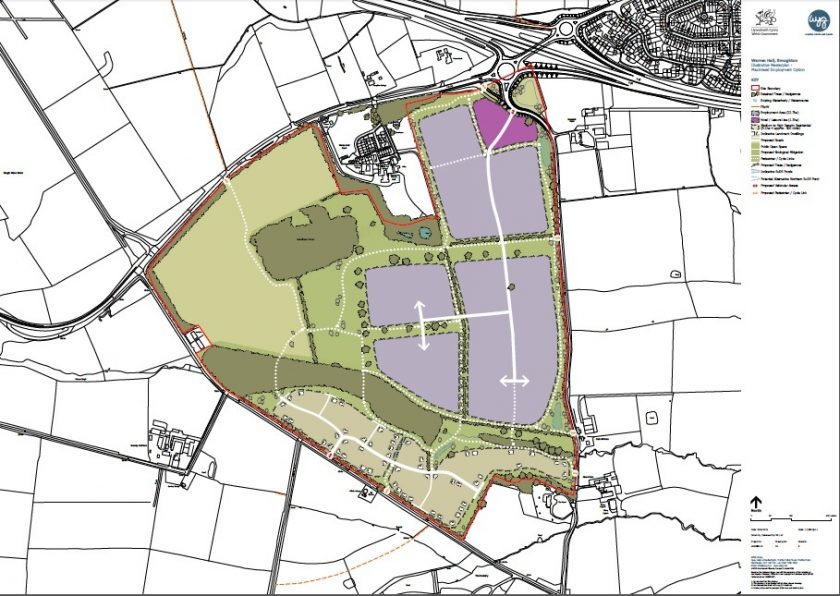 A masterplan showing how the development at Warren Hall in Broughton would be laid out. Source: Flintshire Council

It has also called for Siân Worden, the lead LDP inspector, to ensure the extra hearing isn’t JUST used by property developers to promote their own housing sites.

In a separate statement, the authority said: “The inspector will need to clearly define an agenda for the follow up session that focuses on what her concerns are rather than simply providing another platform for developer/land owner objectors to simply repeat the previous points already made.

“(They) simply seek to deconstruct the concept of Warren Hall, to break it down to its component parts (most notably the housing element) in order that they can then provide an alternative.

“In reality no objector offers a suitable alternative to the concept of Warren Hall.”

The extra hearing regarding the Warren Hall site is due to be held on September 8 before a final report is issued by the inspector.