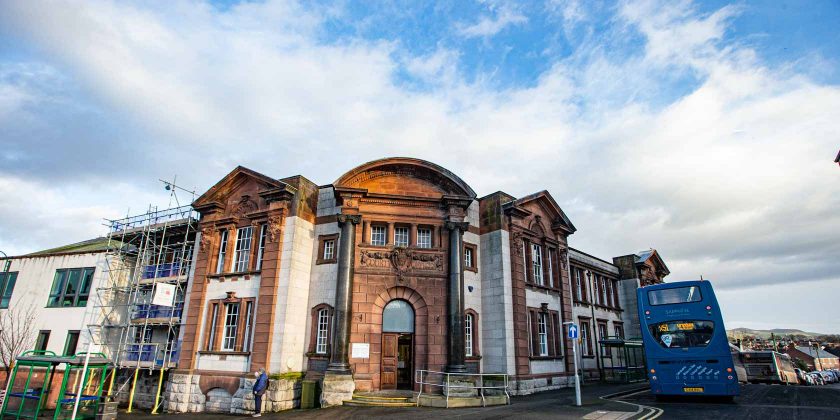 A councillor suggested putting journalists in a different room when  “contentious issues” were being debated as their presence “hampers” freedom of speech.

Cllr Rachel Flynn, who represents Prestatyn North on Denbighshire council, made the comment during a virtual democratic services committee meeting on Friday.

While discussing the annual scrutiny report, the Conservative Party member  told astonished colleagues in her “opinion” having journalists in the room during a “slightly contentious issue” “hampered the process”.

Cllr Flynn accepted journalists couldn’t be excluded from public council meetings but suggested putting them in a different room to watch proceedings.

All public authority meetings must be held in public to enable proper scrutiny of issues.

There are what should be rare exceptions to this when the matter discussed could lead to private or company information, that is not in the public domain, being divulged.

Cllr Flynn told members she valued scrutiny “very much” and mentioned her role on the communities scrutiny committee.

She said: “A couple of times there have been situations where we have had the press in the room when it’s been a slightly contentious issue and I have felt it’s hampered the process in my opinion.

“I can see maybe the sort of remote meetings where the pressure might not be that great because obviously you’re not in a room with all of these people.

“We had a big audience when we had the Traveller issues. A lot of the public were there and it put the pressure on quite a lot I would say.

“It’s really about when we have contentious issues perhaps. I know we can’t exclude the press but maybe having them watching from another room or something like that.

“I just wanted to make that point that sometimes it feels like we can’t have that freedom of speech on issues.”

He said during the pandemic with new powers they could not include the public in virtual meetings due to a lack of translation facilities, which would be addressed this month.

However the press were invited “to be the public’s eyes and ears” during virtual meetings.

When asked to comment on what was said, Independent councillor Mark Young (Denbigh Lower ward) said he had the “utmost respect for Cllr Flynn”.

He added: “I am deeply stunned with what you have shared with me. I think good journalism adds to the process rather than takes away from it.

“All meetings with elected members should be open to the public and journalists.

“I take the point about different meetings being more pressured but you can’t cherry pick.

“I value the scrutiny from the public and journalists and long may it continue. To exclude journalists would be exclude democracy.”

When approached after the meeting Cllr Flynn  appeared to backtrack, saying her main concern was about meetings where councillors had not had a “pre meeting”.

Cllr Flynn said if members hadn’t had the chance to “hash things out” beforehand it might mean they say “something that was misconstrued”.

She added: “Having journalists in the room puts you under pressure, which isn’t a bad thing because it makes you think about what you say more.

“But this morning we were talking about the subject of scrutiny and I just thought it warranted saying that sometimes, in certain cases, I feel it would make me less inhibited.

“What I disagree is the way it is misconstrued at times. It happens so much. I suppose it’s the job of the press to get a headline and the words are twisted.

“The next thing you know you’ve got a great headline but it’s not exactly what was meant and that’s what I disapprove of sometimes and it just adds pressure to the job.

“Sometimes having the press there can make you say something in way you wouldn’t have, had you thought about it.”

Cllr Flynn then said she now doesn’t think the “system needs changing” and said she “didn’t really want to put journalists in another room”.