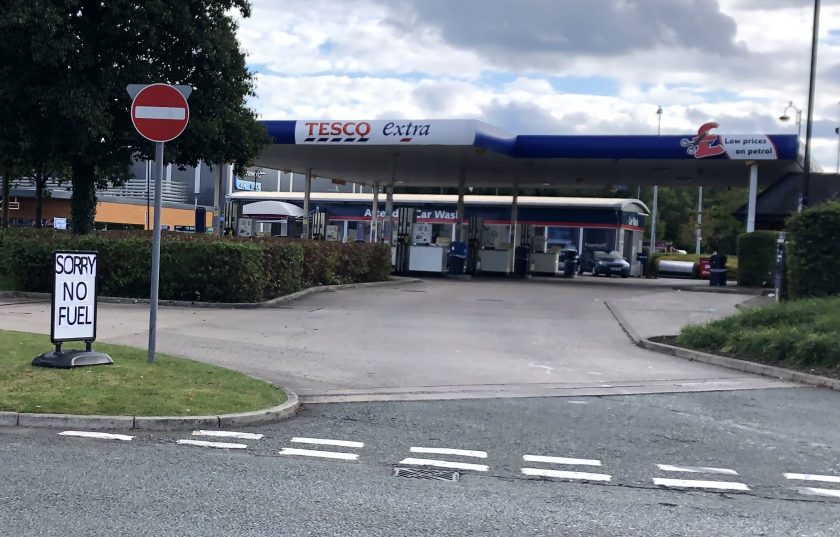 Police in North Wales have urged people not to queue at petrol stations as most report no issues with supplies.

Yesterday saw large amounts of traffic on the approach to several forecourts in the region with similar scenes today.

The situation has not been helped by some local media outlets reporting there is a “fuel shortage” and sharing live video footage of the busy scenes at petrol stations.

Although the UK is experiencing a shortage of HGV drivers, North Wales Police has made clear that it has spoken to petrol station operators across the area who have said their deliveries are continuing as normal.

The force has appealed for people to show common sense and not to panic buy.

In a Facebook post, police said: “We are aware of the current fuel concerns being reported in the media.

“We are in touch with fuel stations in the region who have reported that there is no disruption to deliveries at the majority of sites and fuel deliveries are expected to continue as usual.

“We urge the public not to form long queues at petrol stations and cause unnecessary obstructions in roads, potentially causing risk of harm to pedestrians and other road users.

“We ask that if you are queuing and see an emergency service vehicle waiting, please consider allowing them to refuel first so that they can carry on keeping the community safe and responding to emergencies.”