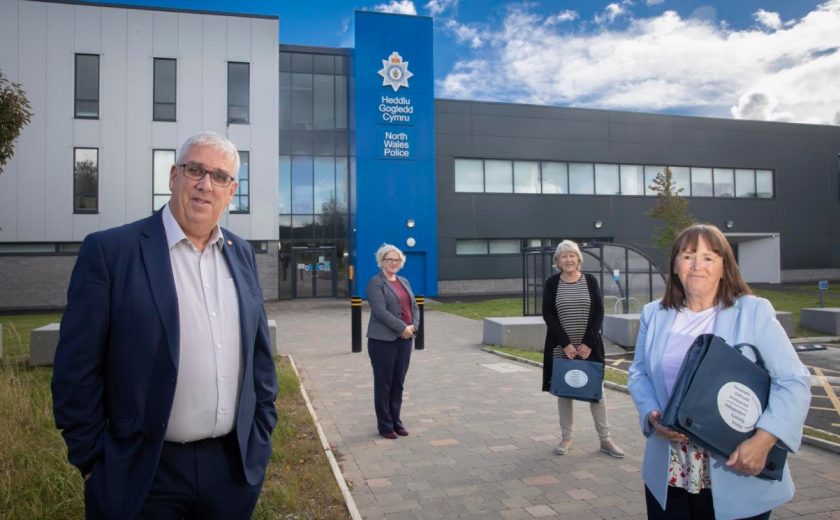 A search has been launched in Flintshire and Wrexham to find volunteers to act as custody watchdogs to police the police.

North Wales Police and Crime Commissioner Arfon Jones is seeking up to nine independent custody visitors to help him.

Their job will be to safeguard the welfare of people detained by the police and ensure their rights are upheld.

Successful candidates will be expected to undertake at least 10 unannounced visits a year along with and attending training courses, meetings and conferences.

The closing date for applications is Friday, December 11.

Mr Jones said: “We have a responsibility to ensure that the police are doing things correctly and abiding by the Police and Criminal Evidence Act.”

“It is imperative therefore that we have a way of monitoring what goes on in a police custody area.”

“We are looking for people with good communications skills who can demonstrate that they have independence and an impartial view, while at the same time maintaining confidentiality.”

“This is a very important and interesting role, and I hope that we will attract a lot of interest from suitable candidates from all kinds of backgrounds. I am particularly keen to attract Welsh speakers, younger people and members of the black and ethnic minority communities.”

Bethan Wrench, the coordinator for the Caernarfon custody suite which serves Gwynedd and Anglesey, said: “Operating in pairs, we approach a custody area unannounced and we have to be given immediate access.”

“Accompanied by a sergeant or a civilian detention officer, we speak to detainees and check the condition of the cells to make sure they are clean and that everything is in working order.”

“When vulnerable people are held in custody, we have to ensure that their needs are met as well as those of other detainees.”

“We are not allowed to know the names of people in detention or what they are in for which allows us to retain our objectivity.

“We produce a written report at the end of each visit which is signed by the custody sergeant and anything we believe needs rectifying is put right straightaway or can be raised at the quarterly meetings which are held between visitors, the Police and Crime Commissioner and senior police officers.”

Sharon Mazzarella, the local coordinator for the custody suite in Llay which serves Wrexham and Flintshire, said: “We turn up at any time of the day, and we try to vary the times so that the police are unaware that we’re coming.”

Executive Officer Meinir Jones, who has responsibility for overseeing the visiting scheme within the PCC’s office, said: “This is one of the Commissioner’s statutory duties and we are looking to recruit people over the age of 18 who either live or work in the North Wales Police area.”

“They should also be independent of the criminal justice in that they do not work for the police or the probation service and do not serve as magistrates.”

“The overall objective is to ensure that people held in custody are detained safely and properly and that their rights and welfare are being attended to.

“Visitors are free to arrange their own visiting times which can be anytime from early in the morning to late at night, any day of the week.”

Magistrates and serving or former police officers and special constables are not allowed to become custody visitors.

To avoid possible conflict of interest, others may be excluded if they have direct involvement in the criminal justice system, such as solicitors or probation officers.

Eligible individuals who are interested in applying to become a Custody Visitor in North Wales should contact Meinir Jones at the Commissioner’s office, either by ringing 01492 805486 or via email at opcc@nthwales.pnn.police.uk