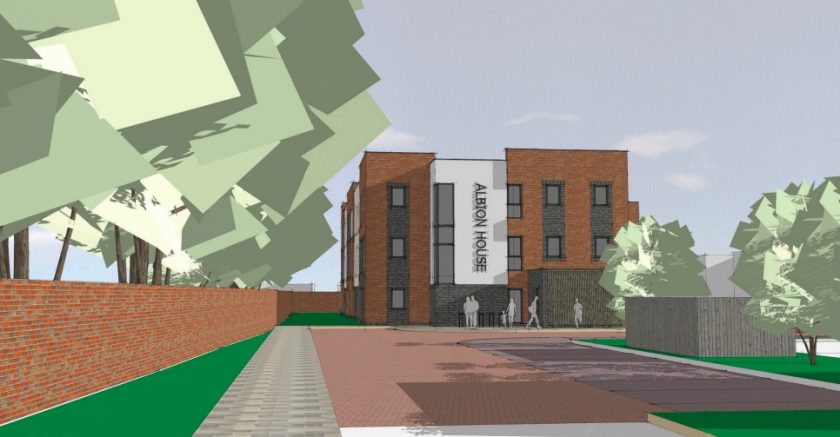 New life could be breathed into the site of an arson-hit former social club as plans have been submitted for 30 apartments.

The former Albion social club in Connah’s Quay has been plagued by issues in recent years, including a deliberate fire in August last year.

There have also been reports of anti-social behaviour and fly-tipping, including 30 car tyres which were dumped outside the property in 2016.

Now proposals have been submitted to demolish the old building and create 30 affordable apartments for people aged over 55.

In an application submitted by the Pennaf Housing Group in partnership with Anwyl Construction, the company said the plans would greatly improve the appearance of the site.

They said: “The design of the proposed development represents an improvement upon that of the existing site and will provide high quality, modern homes, for people aged over 55 within an improved setting.

“The scheme is to be 100 per cent affordable housing to meet demand in the local area and will be managed through a registered social housing provider.

“The development comprises a 30 number apartment block made up of one and two bed units.

“Elevators are proposed to access all floors to aid with ease of access. On each floor there is also provision for mobility scooter storage.”

An application to build 33 apartments at the site of the club was approved in 2016, but the company behind the previous scheme went into liquidation.

Unlike the previous application, it’s proposed that the new three-storey apartment block will have a flat roof to fit in with the surrounding area.

At the time of last year’s arson attack Connah’s Quay councillor Bernie Attridge, deputy leader of Flintshire Council, said he would welcome the start of works on the site as soon as possible.

He said: “It closed about five or six years ago. A developer bought it and got permission to demolish it and put apartments there.

“As far as I’m concerned the quicker the developers demolish it and the planning permission is implemented, the better.”