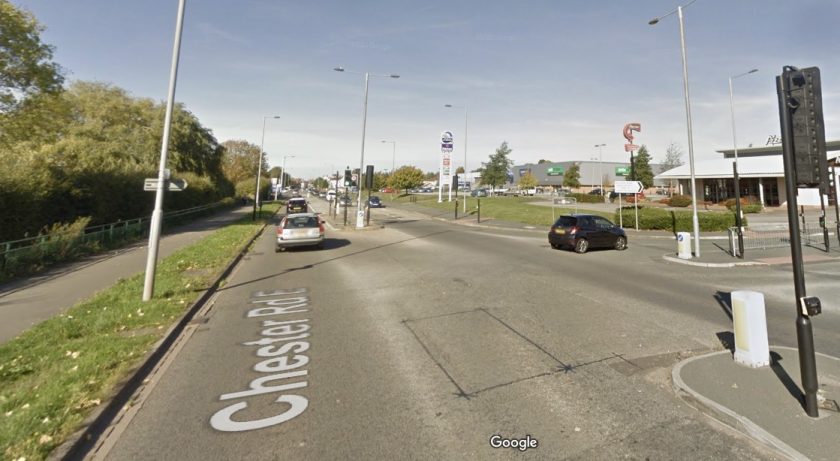 One person has been taken to hospital following a collision between a vehicle and cyclist in Deeside earlier today.

The collision, on Chester Road (E) near Deeside Retail Park, was reported to emergency services at around 12.35pm.

A Welsh Ambulance Service spokesperson said: “We were called today, 10 June, at approximately 12:35pm to reports of a road traffic collision involving a vehicle and cyclist on Chester Road, Shotton.”

“We responded with two emergency ambulances and one rapid response vehicle.”

“One patient was transported to Countess of Chester Hospital.”

North Wales said they received a call at 12.41pm reporting an RTC involving a car and a cyclist on Chester Road West, Shotton.

“Officers attended together with colleagues from WAST. There was traffic disruption for some time whilst the incident was dealt with.” A spokesperson said.

The road was partially blocked as a result of the collision.