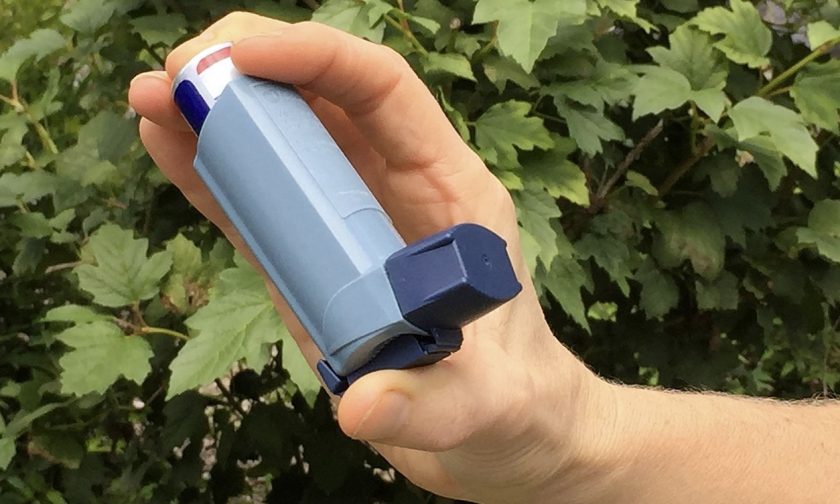 With the Met Office predicting high pollen levels over the weekend millions of people in the UK with asthma or COPD are being urged to take precautions.

Those with lung conditions could struggle to breathe and be at risk of life-threatening asthma attacks and flare-ups due to soaring pollen levels in the UK from Friday, according to leading charity Asthma + Lung UK.

Pollen levels are due to be high across most of the UK this weekend and possible through to the end of next week, according to the Met Office, and these could trigger symptoms such as a tight chest, wheezing and breathlessness in more than half of people living with asthma.

More than a quarter of those living with chronic obstructive pulmonary disease (COPD) also find hay fever triggers their condition, according to new research from Asthma and Lung UK.

People with asthma and other lung diseases like COPD have inflamed or narrowed airways.

If they are allergic to pollen and come into contact with it in the air, it can cause the muscles around their airways to tighten, and the lining of the airways to become swollen and inflamed with a build-up of sticky mucus, leaving them struggling to breathe.

Asthma attacks can be fatal, with around four people in the UK dying from one every day. 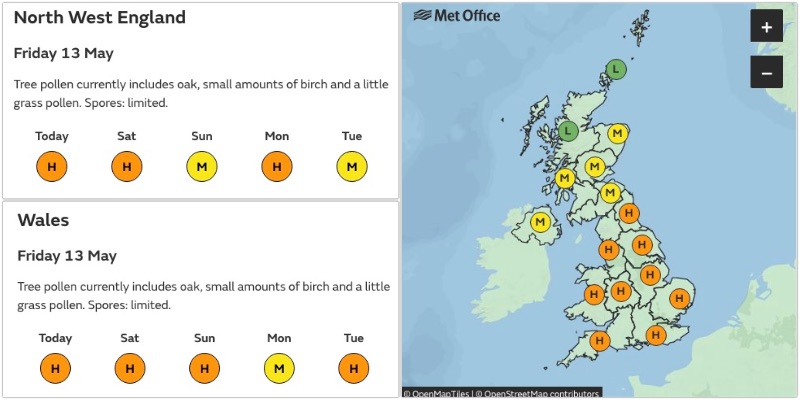 A spokesperson for the Met Office said the recent extended spell of dry weather and relatively light winds had been “conducive to high pollen levels” and that this was “likely to continue into next week”, particularly in the south, meaning pollen would continue to linger.

“When pollen levels are at their highest this can be deadly for those with lung conditions like asthma who can suffer serious symptoms and have life-threatening attacks.”

“These attacks can leave people fighting for breath, which can be terrifying, but there are things they can do to look after themselves.”

“Using your preventer inhalers as prescribed is important as the medicine reduces sensitivity and swelling in the airways, helping to prevent symptoms such as wheezing and coughing before they even start.

“We also advise people to carry their reliever inhalers every day, especially when they are out and about enjoying the sunshine in case pollen does cause a flare up of their symptoms.”

“Reliever inhalers quickly relax the muscles in the airways and ease symptoms immediately.”

“The third thing people can do is to use a steroid nasal spray every day, together with non-drowsy antihistamine tablets to help stop the allergic reaction.”

“People should also check pollen and air pollution forecasts in their local area, so they can avoid going outdoors as much as possible on high pollen days.”

The NHS has this “How to treat hay fever yourself” advice on its website, it states:

“There’s currently no cure for hay fever and you cannot prevent it.”

“But you can do things to ease your symptoms when the pollen count is high.” 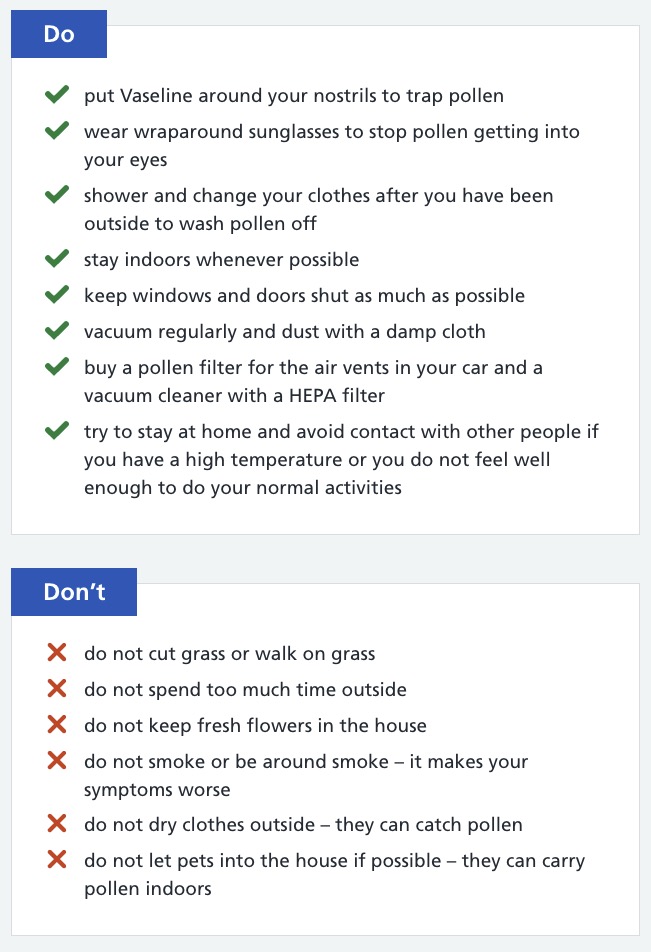 
Tweets by Deesidedotcom
Wednesday May 25th 16:34