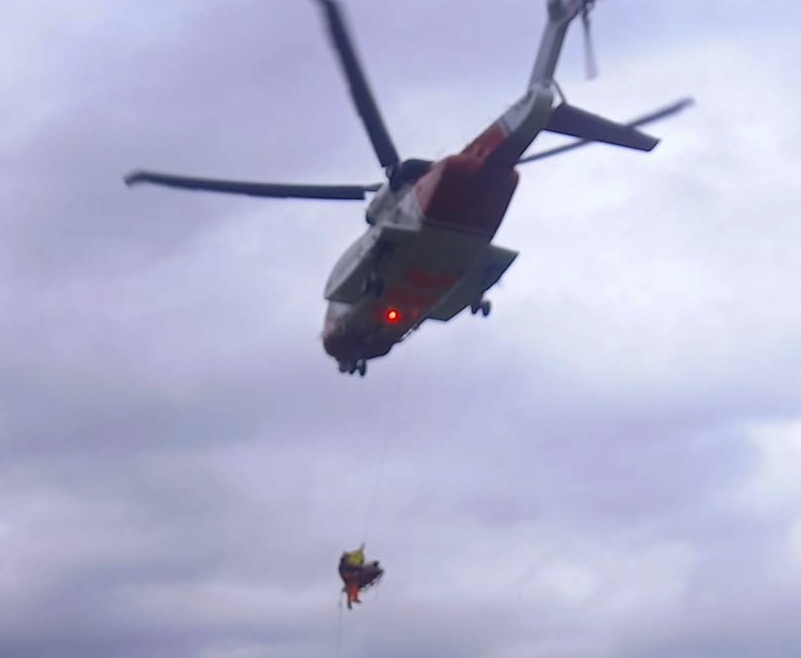 Two helicopters were used to rescue a teenager who was injured while mountain biking at Llandegla.

Members from the Flintshire based North East Wales Search and Rescue (NEWSAR) were called to assist at an incident in Llandegla on Saturday.

The team have shared the below image from the rescue:

The search and rescue team detailed the operation, “Earlier today we were called to assist the Welsh Ambulance Service with a teenager who had sustained multiple injuries while mountain biking at Llandegla.”

“Team members packaged and carried the casualty to an open area, where a HM Coastguard helicopter crew could winch him from scene.”

“He was then transferred to an Air Ambulance before being flown to hospital. Get Well Soon.”

Search and rescue circling area – police and air ambulance helicopters have been in the area as well pic.twitter.com/tALcbYqNhi