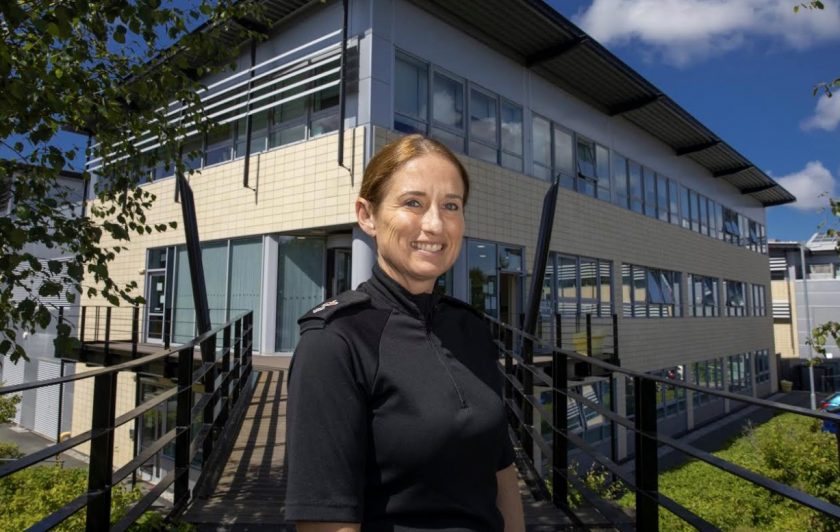 A major campaign has been launched to recruit more police officers in North Wales.

The drive is being spearheaded by Chief Superintendent Sian Beck who has just started a new role in charge of local policing across the region.

She is keen to get the message out that being a police officer is a great career with  “amazing job satisfaction”.

The window for applications is open from August 18 to August 29 and details can be found on the North Wales Police website www.northwales.police.uk

“We are a 24/7 service and there are times when you have to put the hours in but we are very much welfare-focused and supportive of a good work-life balance which is helpful in terms of recruitment and retaining officers.

“I know from my own experience that I benefited greatly from a lot of support from the force when I was doing a master’s degree which was incredibly important.

“Policing has moved into the 21st century in North Wales in terms of how we recruit and how we understand the challenges that people face from under-represented communities or different genders.

“We’re always striving to do things better but policing is a more inclusive family these days.”

Ironically, becoming a police officer was not part of Sian Beck’s original plan – even though she was a big fan of TV crime dramas, particularly the long-running hit show, The Bill.

Growing up she was also mad about horses and went to the University of the West of England in Bristol to do a degree in equine science.

But she had a “eureka moment” when a friend showed her a policing recruitment brochure.

She said:  “I’d never thought of being a police officer until I saw the brochure, did some more research about the role and realised that was what I wanted to do.

“I’m a people person so I love working in teams and I am quite practical and outdoorsy so the thought of doing a job helping people and the unpredictability of every day being totally different really appealed to me.

“The other attraction was that you have the security of one career but a load of different opportunities within the job.

“I joined North Wales Police in March 2000 and I knew immediately that I had made the right decision.

“The police family is full of like-minded people with honesty and integrity who want to do good in their communities.”

Although it was a hugely rewarding job, Chief Supt Beck stressed that being a police officer was not an easy option.

She added: “You have got to come into it understanding that it is a 24 hour service and it’s shift work, so we don’t work 9 to 5. You don’t always go home when you want to and you’re not always at home when your family are celebrating bank holidays.

“You do see people when they are at their most vulnerable and in the worst time of their lives and that can be upsetting.

“However, on the flip side, being a police officer is the most amazing career with a host of different opportunities.

“You can have a really long and successful career as a patrol officer, building up a wealth of and knowledge of the communities they serve.

“Whichever route you choose, you’ll be working with some incredible colleagues and making a real difference to people’s lives on a daily basis, whether you’re a chief constable or a PC on patrol in our communities.

“It’s a massive responsibility but also a great privilege.”

For more details about how to apply go to www.northwales.police.uk