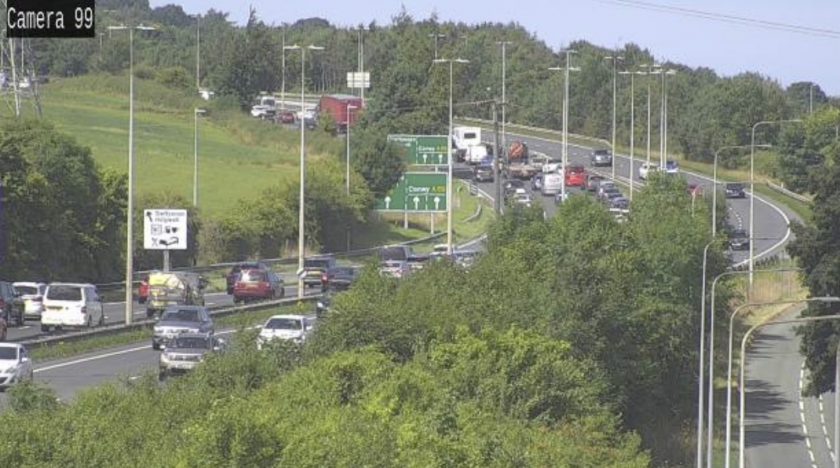 Delays are building on a section of the A55 in Flintshire following a multi-vehicle collision.

The crash has happened on the Westbound side between Junction 32 for Holywell and Junction 31, the Caerwys exit.

Update 14.00 – One lane is back open, there is around 6 miles of queuing traffic from Halkyn. 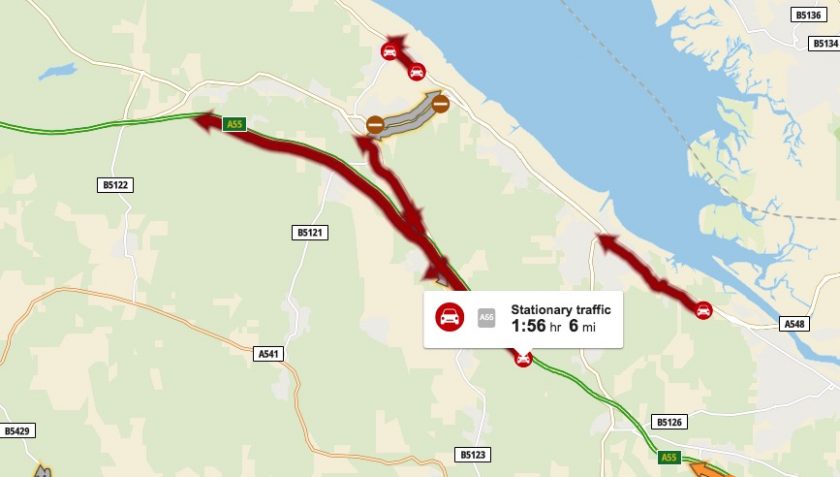 Update 13.41 –  Traffic Wales has said the Westbound carriageway has not been closed.

Westbound carriageway now closed while we deal with the collision. https://t.co/D07paB5G7d

Earlier report: The road is reported to be partially blocked as a result of the incident, police have asked drivers to find alternative routes.

A statement from North Wales Police said: “Delays A55 WESTBOUND in the Pantasaph area between junctions 32 and 31 due to a road traffic collision.”

“Please take other routes if possible.”

There are around 5 miles of queuing traffic on the Westbound side, traffic is also queuing on the A5026 into Holywell. 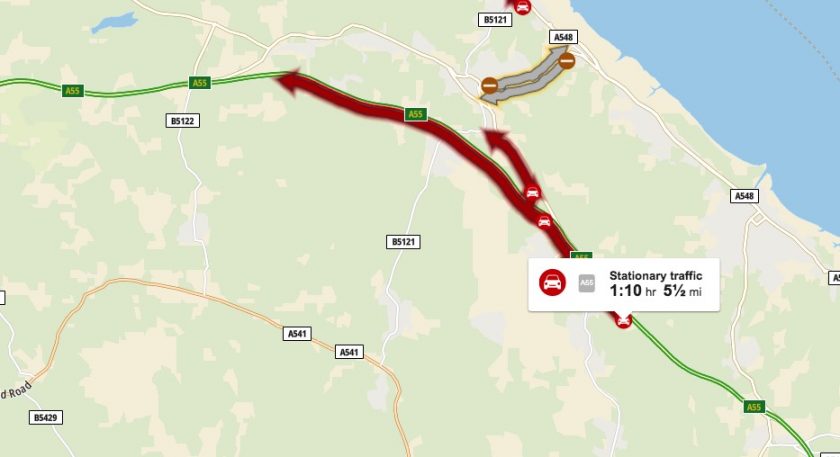 A local traffic report states: “Partially blocked and queueing traffic due to crash on A55 North Wales Expressway Westbound between J32 A5026 (Holywell) and J31 A5151 (Caerwys).

Reports of a collision in the area. Slow moving traffic.