The UK government formally lifted a ban on fracking for shale gas in England on Thursday, a move which could have a huge impact on Deeside, according to a local politician.

The ban on fracking in Wales will remain in place but concerns have once again been raised about potential shale gas extraction sites in Cheshire impacting heavily on Welsh border communities.

Fracking had been banned in England since 2019 after the industry regulator said it was not possible to predict the scale of earthquakes that it could cause.

Alyn and Deeside Senedd Member Jack Sargeant has said: “Tory plans to open the floodgates to fracking in England are wrong and will have a huge impact on Alyn and Deeside.”

The Chief Executive Officer of Chester Zoo has also said he was “deeply concerned by the Prime Minister’s decision to lift the ban on fracking” and fears shale gas extraction could put local habitats at risk.

Jamie Criston said the “proven risk to the environment was at the centre of the opposition to fracking.”

“When sites local to our zoo were originally proposed.”

“This strength of opposition to fracking continues to this day and we’ll continue to do what we can to support the community in opposing any future plans to commence such disastrous plans in the area.”

This decision will have severe consequences for our environment. Right now the focus should be on accelerating our sustainable energy sources.

Here’s what we have to say… pic.twitter.com/Z0Z6mcmJjE

UK government said that in light of Putin’s illegal invasion of Ukraine and “weaponisation of energy, the government is taking concrete steps to increase home-grown sources of energy, reduce the UK’s reliance of foreign imports, and explore all possible options to boost domestic energy security.”

“To do so, it is appropriate to pursue all means for increasing UK oil and gas production, including through new oil and gas licences and shale gas extraction.” 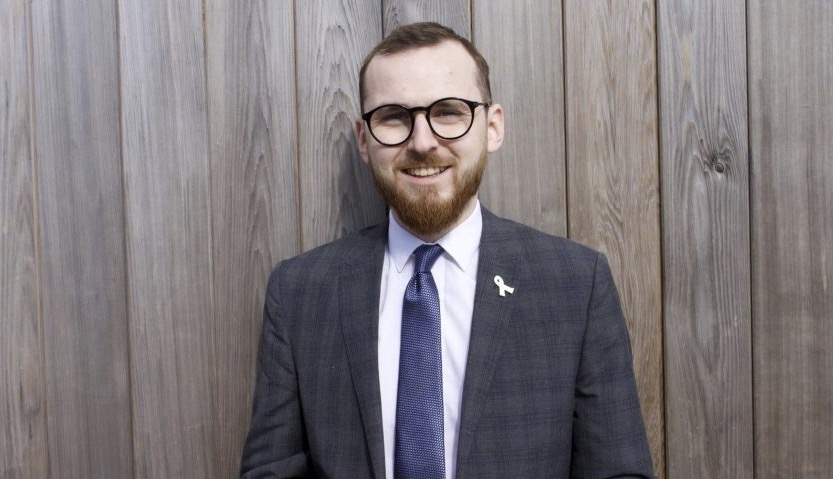 Business and Energy Secretary Jacob Rees-Mogg said: “In light of Putin’s illegal invasion of Ukraine and weaponisation of energy, strengthening our energy security is an absolute priority, and – as the Prime Minister said – we are going to ensure the UK is a net energy exporter by 2040.”

“To get there we will need to explore all avenues available to us through solar, wind, oil and gas production – so it’s right that we’ve lifted the pause to realise any potential sources of domestic gas.”

In the fracking process, cracks in and below the Earth’s surface are opened and widened by injecting water, chemicals, known as fracking fluid and sand at high pressure.

Some resources extracted through fracking are called “tight oil” or “tight gas,” because these pockets of fossil fuels are tightly trapped in hard shale rock formations.

According to Greenpeace frack fluid is contaminated with heavy metals and radioactive elements that exist naturally in shale.

“A significant proportion of the frack fluid returns to the surface where it can enter rivers and water courses.”

Fracking has been linked to earth tremors with a 2.9 magnitude quake recorded at a fracking site in Blackpool in 2019.

The incident led to fracking trials being halted in England.

A report, requested by the UK government and published on Thursday by the British Geological Survey (BGS) said since little fracking had taken place in the country it “remains challenging” to estimate the seismic impact it could have.

It was the late Carl Sargeant, who as natural resources minister introduced a moratorium on fracking in Wales.

The moratorium stopped any local planning authority in Wales from approving planning applications for fracking.

The Welsh Government put a ‘Notification Direction’ in place so that local authorities cannot approve planning applications for unconventional oil and gas, including fracking, without Welsh Ministers’ approval.

In 2018 licensing powers on fracking were transferred from Westminster to Cardiff.

There are fourteen existing Petroleum Exploration and Development Licences (PEDLs) in Wales, with the last licences awarded in 2008.

A PEDL, while granting exclusive rights to search for, bore for, and extract petroleum within a specified area, is conditional and does not in itself provide authority to drill or commence any other operations without further approval.

Any existing Welsh licensee wishing to exercise their PEDL rights are required to apply to the Welsh Ministers for the relevant consent or approval.

“We are in the middle of an energy crisis, and facing a climate emergency.”

“We must continue to concentrate all efforts towards renewable solutions – and fast.” He tweeted.

Two PEDL areas in England, 184 and 147 straddle the border with Flintshire.

He said Welsh border communities could be “hugely impacted” if previously identified sites in Cheshire are given the green light for shale gas extraction.

“Every politician in North Wales must now stand up against these damaging proposals in order to protect our border communities. Jack Sargeant said.

“We do not want fracking on our doorstep because it is dangerous and can lead to earth tremors and pollution of water supplies.

He added: “The Welsh Labour Government will continue to protect communities in Wales from the danger of fracking.”

Following the formal lifting of the ban in England, a Welsh Government spokesperson said:

“We do not support the UK government’s position on the expansion of oil and gas exploration.”

“Responsibility for licensing the exploration and development of Wales’ onshore petroleum resources lies with Welsh ministers.”

“We are fully committed to supporting our net zero commitments and will not support applications for hydraulic fracturing or issue new petroleum licences in Wales.”

Due to the limited scale of petroleum extraction developments in Wales to date, there is little evidence of the potential impact of the industry on the Welsh landscape and environment.

However, a report undertaken by the Geo-environmental Research Centre at Cardiff University identified a number of environmental risks, including:

Polluting water or the ground from operations on the surface, using large quantities of water, potentially affecting available water for people and the environment and risks to groundwater, through the escape of hydraulic fracturing fluids or substances dissolved from native rocks;

Dissolved substances and naturally occurring materials from rocks that need to be disposed of properly and emissions and management of wastes from drilling, hydraulic fracturing, flaring and other on-site operations could present risks.

Frack Free Dee is a network of community groups campaigning against fracking and unconventional gas extraction in Cheshire, North Wales and Wirral.

A spokesperson for the group Peter Benson said: “Energy prices may have changed horrendously but nothing has changed about the science of fracking.”

“It is still dangerous to local communities with high risk of earthquakes, damage to our water supplies and toxic fumes from flaring and it would be a disaster for our fight against climate change.”

“IGas’s application to flare a fracking well in Ellesmere Port was finally rejected in June with the inspector’s report making it clear that the impacts on local communities were unacceptable and that ‘Only limited weight should be given to short-term economic benefits.”

Peter said: “By the industry’s own estimates it would take a decade for fracking to produce any meaningful volumes of gas and that’s if it all goes ‘well’ for them. There is every chance that it would never produce the claimed volumes but the damage to our air, water and properties would be the same even if they only succeeded in producing a trickle.”

“We have known for decades that fossil fuels are causing climate change and that we need to switch to renewables and reduce our energy needs by better insulating our homes.”

He said: “The current gas price crisis can’t be fixed by experimenting with this dangerous, dirty source. There are so many better alternatives. New solar and wind farms can be up and running within a year. Insulating homes reduces bills immediately. Putting our efforts into these areas would create tens of thousands of jobs too.”

“Local community groups such as Frack Free Dee, the Lancashire Nanas and many more have not gone away. We have fought this disastrous industry before and won and we will fight again and win again.” Peter added.

Cllr Matt Bryan Cabinet member for Housing, Planning and Climate Emergency at Cheshire West and Chester Council said the council successfully challenged the Ellesmere Port application,“on climate change grounds in a planning enquiry, supported and led by members of the public and environmental organisations. We are fully prepared to do the same again.”

“Studies show the potential for shale gas in the UK is low, but if yields can even marginally alleviate energy security concerns it should help to mitigate the high prices we all are suffering.”

“Nonetheless, I would urge the government to do two things.”

“They should put in place regulation that pushes the use of carbon capture technologies so the use of this gas has a reduced environmental impact.”

“And they should fast-track heat demand reduction policies across UK buildings to significantly reduce our fossil fuel import needs – a policy that should have been enacted decades ago.”

“Anyone thinking that this might have the same impact on prices that fracking had in the USA has forgotten that in energy terms, North America is an island, and the UK hasn’t been one since we built pipelines to the Continent.”

“North America only has low gas prices because they haven’t built enough infrastructure to export their surplus gas to the rest of the world.”