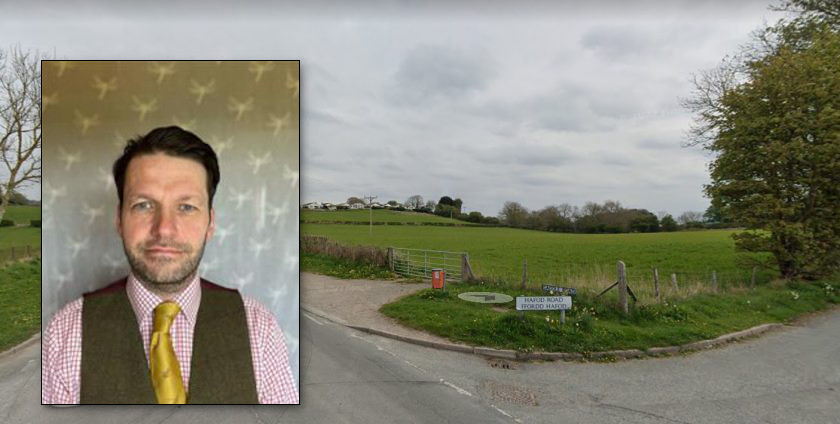 Hundreds of residents have signed a petition calling for action to be taken on a ‘notoriously dangerous’ stretch of road in Flintshire.

A residents’ petition of 350 signatures has now been presented to Flintshire Council begging the authority to put safety measures in place in that area for motorists and pedestrians alike.

The petition was brought to a full meeting of Flintshire Council by Gwernaffield and Gwernymynydd Councillor David Coggins Cogan (Welsh Lib Dem), who spoke passionately and movingly about the deaths that had occurred on the roads in that community within his lifetime.

He called on the council to “act with all speed and using all instruments both legal and physical to make the roads in my community safer”.

Cllr Coggins Cogan said: “All people in this chamber will familiar with the phrase ‘They won’t do something about it until someone dies’ a phrase which conveys a truth so dark and depressing we dismiss it as cliché.

“Will we really wait until someone us killed, to rectify dangerous situations? Unfortunately in my ward of Gwernaffield and Gwernymynydd we know that cliché is untrue.

“It doesn’t take a death. It takes more than one death. My community is yet to find the magic number which triggers meaningful action so at present we’re at five and counting.”

He added: “I was born in 1979 and since then at least five people have died in my community’s roads.

“I say ‘notoriously dangerous road’ as this council is already aware of how residents live with that road every day.

“This council knows there are two blind summits, a quarry entrance, driveways that enter directly onto a 60 miles per hour road with no visibility splays, a bus stop used by school children, and no pavements or verges approaching one of the blind summits, forcing pedestrians to walk around a live carriageway.

“I humbly beg and plead to this council please act and make my community safe. Please spare my community and affected families the pain of another death.

“Five people have been killed and nothing much has happened apart from hang-wringing and sincere condolences. My community now fears a new cliché being coined at our expense – ‘They won’t do anything about that road until a child dies’.”

Cllr Coggins Cogan then handed the petition to the Chair of Flintshire Council, Cllr Mared Eastwood.

Flintshire Council’s Chief Officer for Highways will respond to the petition within six weeks.

At the end of the year, petitions and their responses are brought back to full council.