History comes to life this weekend at Park in the Past 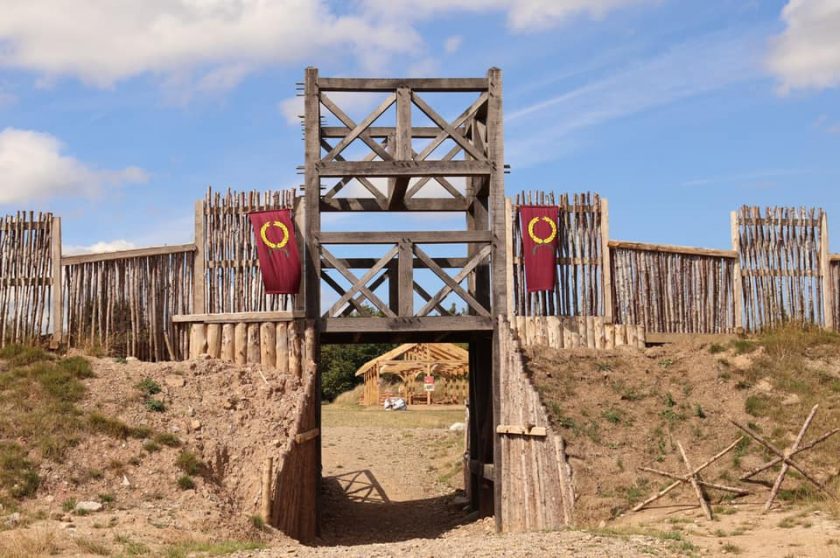 Flintshire’s popular Park in the Past is inviting people to come along to experience history being brought to life this weekend.

The heritage attraction, which is in Hope, has put on a packed weekend of activities at its Pageant in the Park, which will encompass a number of periods in history.

Running from 11am-5pm today and 11am-4pm on Sunday, there will be a number of historical re-enactment groups at the park, spanning a number of periods in history, from the Romans to the First World War.

The event will also include special appearances from Roman cavalry horses alongside displays of weapons and historical craft demonstrations.

Park in the Past founder Paul Harston from Caergwrle said the Park was a labour of love, having been inspired to set it up by his father Charlie, who was a well known historian in Hope.

Charlie had had a dream of recreating a Roman camp and this is something that Paul has taken on. He is currently fundraising to develop the site and make the Roman camp concept a reality at this former quarry. 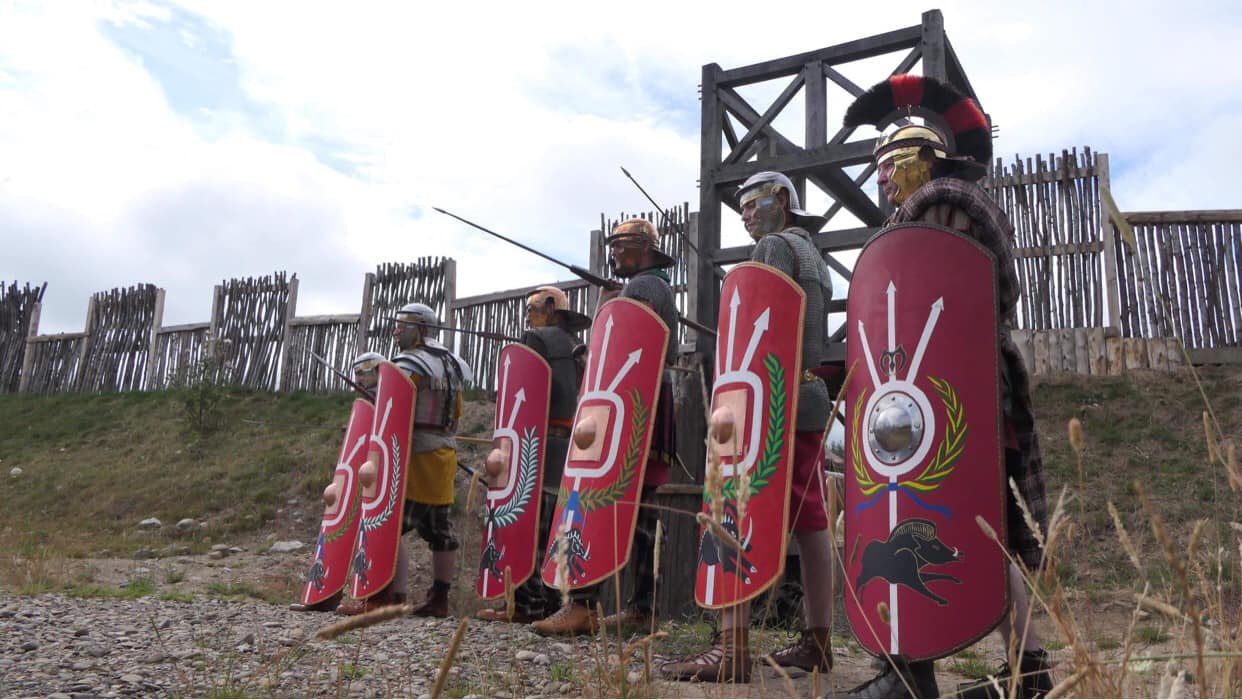 The park is a community enterprise, meaning it is not run for profit. The park has a number of aims, including supporting the environment through restoring the sand gravel quarry once occupied by the Romans in the first century AD.

Paul said a further aim was to give local people a recreational facility where they can come and enjoy anything from a walk to paddleboarding or wild swimming in the 35-acre lake, which is up to 30 metres deep in places.

This weekend’s Pageant in the Park event is both a fundraiser and to help raise awareness of the work being done at Park in the Past. 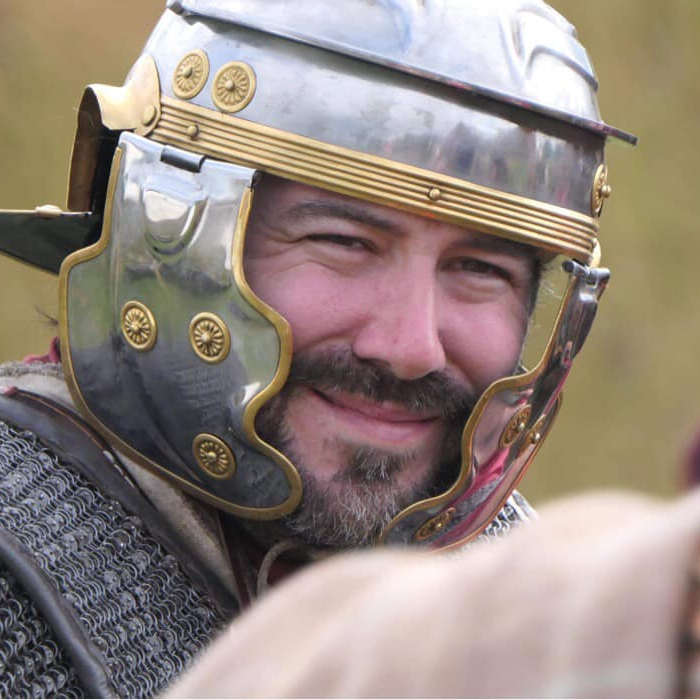 Paul said he wanted to put North East Wales on the map in terms of its historical assets, explaining just where his love of history stemmed from.

Paul said: “My love of history came from my father, Charlie Harston, who was a local historian. The idea of a Roman camp was his concept. Unfortunately, he passed away 10 years ago.

“I thought to myself, we have got to make this happen. There are a lot of benefits including education and giving people a sense of place and purpose.

And Paul’s love of history has also been passed on to his son Cellan Harston, who runs Roman Tours in Chester. 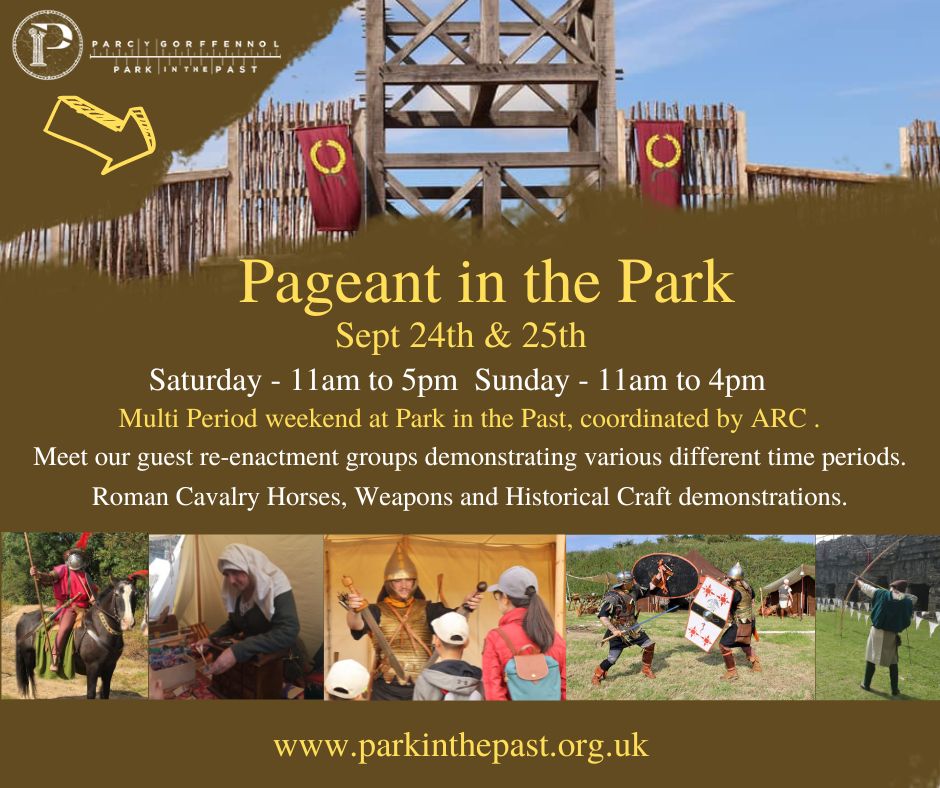 Paul added: “I want to put North East Wales on the map. This is an amazing part of the world with more heritage assets than many other places, working through Britain’s history. It’s such a huge area that seems almost invisible when there is a lot to shout about.”

To support the Park in the Past, visit localgiving.org/charity/park-in-the-past-cic/. For more information about this and other events at the park, visit parkinthepast.org.uk/.