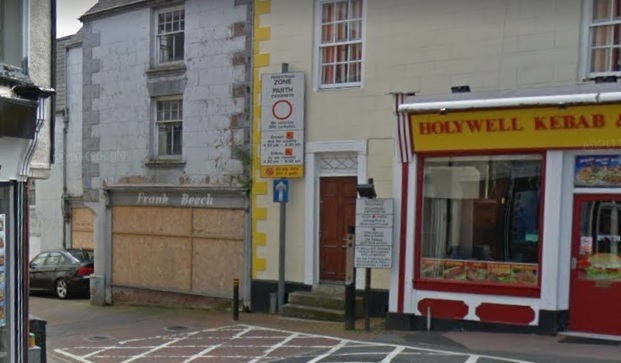 A former toy shop in Holywell could be converted into four new homes under proposals to restore the dilapidated building.

The old Frank Beech Toy Shop was a popular mainstay on the town’s High Street for more than 70 years before it closed its doors in 2009.

In 2015, the contents of the store were sold at auction after a large quantity of toys dating back to the 1960s, 70s and 80s were discovered untouched.

They included boxes of vintage Star Wars and Action Man figures, with the overall collection selling for tens of thousands of pounds.

The condition of the property is said to have deteriorated to the point it was at risk of collapse after the store shut, with work since carried out to make it structurally safe.

The building was bought by London-based company Globe Inn KK Ltd in 2019, along with an adjoining unit on Cross Street.

The developers now want to convert the properties into three dwellings, as well as an apartment to provide independent living for disabled people on the ground floor.

In a statement submitted to Flintshire Council, representatives for Quadrant Property who are acting on the firm’s behalf highlighted the poor state of the old toy store when it was first taken on.

They said: “Quadrant-Property was initially engaged in 2015 by Gamlins Law which was acting as power of attorney for the then owner.

“The building was in a very poor condition and indeed at risk of collapse, as the structure had been severely compromised over the years by a considerable ad-hoc structural alterations and a total lack of ongoing maintenance.

“Virtually every room was literally filled to capacity with stock (mainly toys) and the whole building and indeed much of the stock, was soaking wet as the roof was severely damaged and consequently there was bird, insect and rat infestation.

“Any stock of any value was removed by speciality contractors and the residue emptied over the next few weeks by the building contractor.”

The developers said the proposed removal of shop windows would help to maintain the structural integrity of the building.

Internal floors will also be strengthened with plans for outbuildings to be used for storing bins and bicycles.

They added that the scheme would deliver a number of benefits for the town.

They said: “As will be appreciated when viewing the attached plans, this is very challenging set of buildings both in terms of layout, but also in terms of levels.

“However, these new properties will contribute to the serious identified deficiency of housing in the county and critically they will be provided in the centre of a town.

“We also believe that these will contribute to the economic wellbeing of Holywell High Street.”

Comments are being invited on the application via the local authority’s website with a decision expected at a later date.