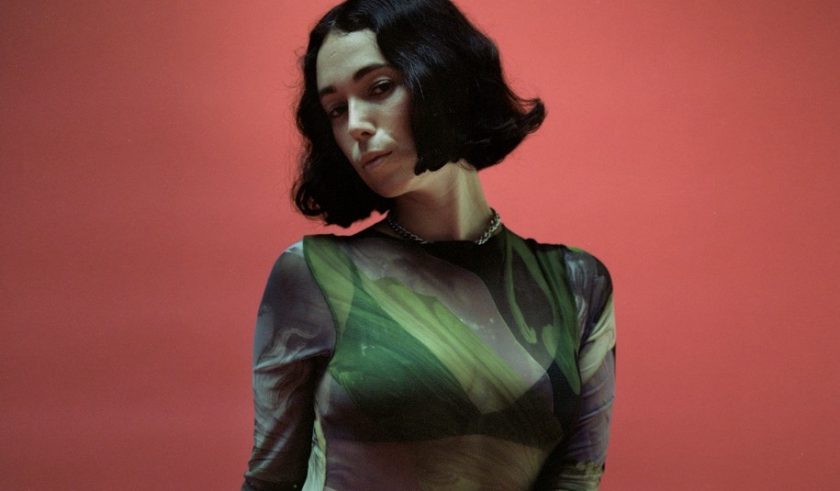 Electronic musician and producer Kelly Lee Owens has won £10,000 at this year’s Welsh Music Prize for her album Inner Song.

A panel of music industry experts selected the winner from a shortlist of 12 albums, showcasing the range of creative talent in and around Wales.

Although the 33-year-old, from Bagillt, was unable to attend the event due to being on tour, Owens was speechless when accepting the £10,000 prize from radio presenter Huw Stephens via Zoom.

Kelly said: “It feels amazing. As a Welsh artist to be recognised by your country, ultimately for me, is the greatest honour. I’m so passionate about Wales and I want everyone to know where I’m from.

“I remember last time when I was nominated, my nana Jeanette came down and since then she has passed away and she’d be so thrilled, I’m sorry I’m emotional – but she’s on the album and she’d be so chuffed. Thank you so much.

DIOLCH YN FAWR!!!! I am absolutely over the moon to have won the 2021 @welshmusicprize ! Being recognised by my homeland in this way is so so special! Wales has shaped me as an artist & continues to be a place of inspiration to me. My nana Jeannette would be so proud 💜 pic.twitter.com/2rtkoo7uHd

When asked what she would do with the £10,000 prize money, thanks to funding from Welsh Government, through Creative Wales, Owens replied: “Wales has had a tough time, like everywhere with the coronavirus, so I’d love to give some of it to some charities based in Wales.”

The awards – started by radio presenter Huw Stephens and music consultant John Rostron – was back in-person for the 11th annual awards ceremony and was held at The Gate, in Cardiff – and featured a performance by Juice Menace to a crowd of handpicked guests.

“We are also thrilled that Creative Wales are giving the £10,000 prize money – this is typical of the warm, supportive music scene in Wales.

“Music from Wales is diverse, and of astounding quality.”

Speaking of their support of the Welsh Music Prize and the inaugural prize fund, Deputy Director of Creative Wales, Gerwyn Evans, said:

“Creative Wales is proud to support the Welsh Music Prize for the third year running. It’s a fantastic opportunity to showcase the diversity of genres and artists making such exciting music in Wales today.

“The Welsh Music Prize is a celebration and recognition of excellence and creativity in Welsh music – and I’d like to congratulate Kelly Lee Owens on being named as the winner and I’m confident that the prize fund will contribute to future success.”

“This year’s Prize and the array of genres recognised reflect the breadth and depth of Welsh music – each artist should be extremely proud to be nominated.”

“It is also a privilege for PPL to showcase these brilliant albums as well as support the Welsh music industry through our valuable royalty payments. We look forward to the next year of Welsh music and the resurgence of the country’s music scene as we continue to emerge from the pandemic.”

The band – whose lead vocalist David R. Edwards died earlier this year – were awarded for their influence on Welsh-language music and the alternative music scene.

The award was accepted by Pat Morgan, and the band follows Meic Stevens, Meredydd Evans and Phyllis Kinney, in winning this award.

The Triskel Award was created by the Welsh Music Prize team in 2019 to celebrate and support three emerging artists that offer a bright future for music in Wales.

With the support of Help Musicians, the artists each receive access to a range of the charity’s support, including: a financial input of £500 towards their music, custom-made high quality hearing protection and two hours of business planning with a music industry expert.

Caroline Hansell, Head of Creative Programme at Help Musicians, said:
“The Welsh music scene has shown incredible resilience in the face of Covid, and we’re so pleased to gather together, in-person, to celebrate the Welsh Music Prize again this year.”

“As a charity that has been supporting musicians for 100 years, we have never seen the scale of need we have during the pandemic.”

“Help Musicians has been able to support over 19,000 musicians to survive during this difficult time and it’s events like these that remind us how vital it is to ensure our music creators are able to continue.”

“Congratulations to all of the nominated artists and the winners, we can’t wait to see you flourish.”