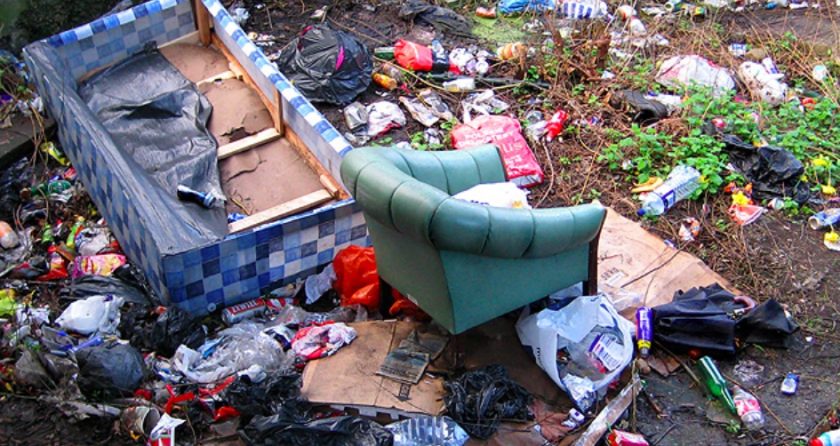 Tougher action is being called for against residents who use their gardens as rubbish dumps.

Flintshire councillors have voiced concerns over the number of unsightly gardens at council owned properties, some of which they said were filled with old mattresses, sofas and even disused cars.

They also criticised the lack of action taken by council officers regarding overgrown lawns and hedges in the county.

Aston councillor George Hardcastle said that he had come across a number of problem addresses in his ward, and called for more effort to be made to tackle the issue.

He said: “You see fridges, washing machines, bed spreads and old cars in people’s gardens and it’s a great shame.

“We used to have regular spot checks and walk throughs with officers, pointing out gardens which were messy and putting letters through the door asking residents to clean it up and returning if it wasn’t addressed, but that seems to have petered out.”

The authority, which owns and manages approximately 7,500 properties, previously launched a crackdown on anti-social tenants in 2013, which saw residents risk being pushed to the bottom of the home improvement list if they did not behave.

Those who were violent, dropped litter, kept untidy gardens and had nuisance pets were all targeted by the policy.

However, Deputy Leader of the Council and Cabinet Member for Housing Bernie Attridge admitted that he would like to see staff taking a more proactive approach to the problem.

He said: “I’ve got my own issues where I believe we’re being failed by housing management, you only have to walk down the street and see the state of some of the gardens.

“If housing officers were doing their jobs properly they should be picking up on these issues.

“They shouldn’t be sitting in their office in Flint, they should be out patrolling their areas.”

But Queensferry representative David Wisinger said he believed that councillors should be more proactive in carrying out their own patrols using their taxpayer-funded iPads to take photos.

Cllr Wisinger said: “We all have problems in our wards with two-piece suites in gardens, but it should be up to members to walk around and take pictures with their iPads to send to Streetscene.

“If you let them know about it then they will deal with it pretty quickly.”

A report will now be brought back to councillors in the near future for them to debate how council owned properties are managed.