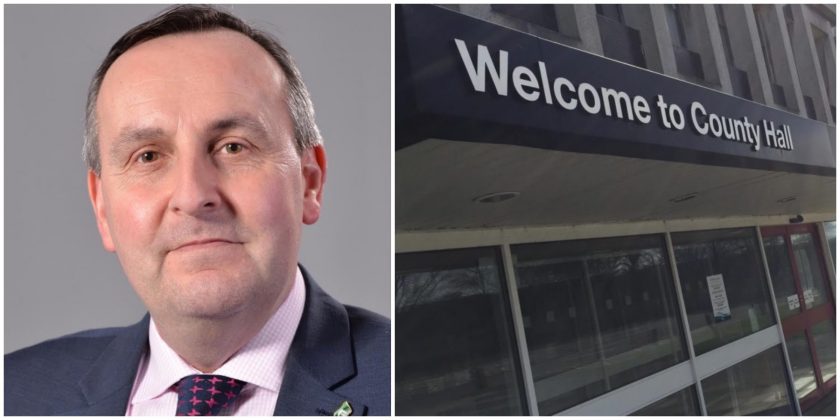 A local authority has estimated it requires almost £17m extra to balance its books for the next financial year.

It comes as Flintshire Council is facing increased budget pressures from staff pay increases and a rise in demand on education and social care.

The predicted gap of £16.75m has risen significantly from the forecasted sum of between £9-10m reported by officials in February.

However, the authority is aiming to cap any increase in council tax at five per cent after coming under fire for large hikes in previous years, including an uplift of nearly nine per cent in 2019.

The council’s chief executive told councillors this week that it would be able to claw back almost £5m in council tax, with cuts and new income sources raising around £2m.

It would still leave the authority facing a gap of between £10-11m, which Colin Everett said could only be bridged by a funding increase of 4.5 per cent from the Welsh Government.

He said: “The gap where we are heavily reliant on the national revenue support grant from the Welsh Government remains.

“It’s been a crutch for the last couple of years and it remains to be so.

“All other councils are the same and governments need to continue to fund local government properly and fully.

“It’s very clear that there are no remaining options of any big financial scale.

“Repeatedly all the scrutiny committees in the last two or three years particularly, have struggled to find efficiencies of scale without taking services to a position where they fail.”

Mr Everett said the council would be writing privately to ministers to set out the challenges it is facing for 2022/23 in the near future.

The authority has repeatedly lobbied the government in Cardiff Bay for more funding.

In 2019, a busload of councillors travelled to the Senedd to make their feelings known about the need for extra money for public bodies.

Addressing members of Flintshire’s backbench corporate resources scrutiny committee on Thursday (July 8, 2021), Mr Everett added: “If you look at council tax, we’ve stressed this is an absolute maximum of a five per cent increase, because that’s the policy you’ve set us.

“Nobody’s saying five per cent is desirable or is affordable for everybody.”

The authority is expecting to find out its provisional funding settlement from the government in October, before the final figure is made clear in December.

The council will then look to set its budget, including any council tax uplift, early next year.