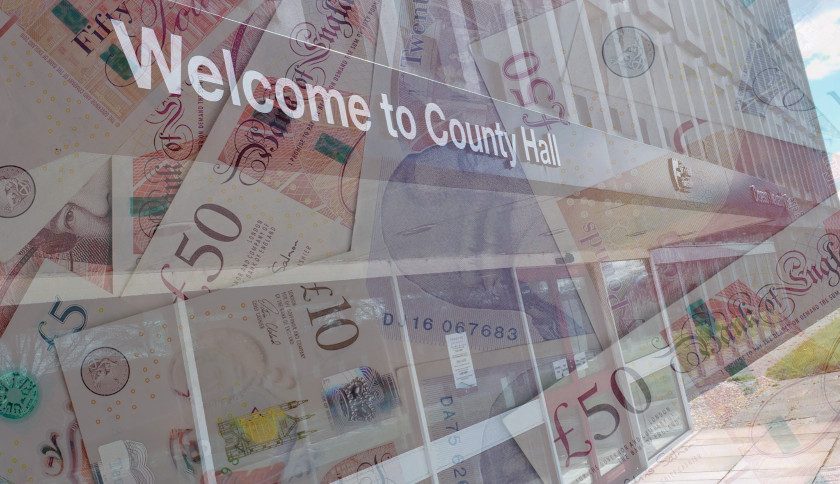 Flintshire Council is now facing a predicted £32m black hole in its budget for next year, almost doubling since the summer and expected to rise further.

The situation is so severe the opposition group leader has suggested putting a block on current multi-million pound projects the ruling cabinet wishes to take forward.

At a meeting of its Corporate Resources scrutiny committee, the authority’s chief finance officer Gary Ferguson laid bare the stark situation the council is facing.

Mr Ferguson gave the increase in the cost of utilities such as gas and electricity amid rising inflation as among the contributing factors widening the expected deficit.

The council’s chief executive, Neal Cockerton added: “We have to set a balanced budget. The scale and dimension of this current position will make it very difficult at this point in time.

“If you think previous budget deficits were a challenge this is currently off the scale.”

Chairing the meeting, Buckley Bistre East Cllr Richard Jones (Ind) said he felt members had not been provided with enough information on where savings could be made in order to make decisions on the 2023-24 budget.

“I can’t see anything in the report or in any of the meetings we’ve had that is giving us any clue or any idea of what we’re supposed to do with a deficit of £32m plus”, he said.

“What we need as members is things we can look at so scrutiny (committees) can understand detail, to be able to put the pieces of the jigsaw together to make a balanced budget.

“Surely we should have had something in the proposals giving us an outline of what we could be doing to mitigate.”

Cllr Jones added: “Is there anything we’re not aware of in the inefficiencies that could be made that we’re not aware of, as I’m just looking at these numbers and I can’t imagine where it’s going to come from?”

Mr Cockerton responded to say all options had been looked at but there was ‘no low hanging fruit’ left to cut.

“I can assure you we’ve left no stone unturned”, he said.

“We’ve been looking through all portfolio budgets and I can honestly say this budget won’t be without difficulty and considerable challenge.

“There is nowhere else to go. Members who have been here for a number of years will understand there is no low hanging fruit. That went a long time ago.”

Connah’s Quay South Cllr Bill Crease (Ind) agreed with Cllr Jones’ view that not enough detail had been provided to members in the update and that time was tight in which to make decisions.

“The reality is we’re talking about cutting the services we provide to the residents of Flintshire”, he said.

“I just cannot understand how as an elected member I’m going to be faced with a six weeks timescale to make decisions that are going to have a potentially horrific impact on the county.

“The reality is we’re going to be looking at how we trim the organisation – so we’re talking about people’s livelihoods, impacting on families across the county and I’ve got nothing to go with it.”

Opposition leader Connah’s Quay Central Cllr Bernie Attridge (Ind) suggested that a block should be put on future spending projects planned by the ruling Labour cabinet – such as the new £16m Croes Atti care home in Flint and refurbishment of Theatr Clwyd in Mold.

He said: “The administration are looking to put more strain on our revenue budget – we’ve got Croes Atti, Theatre Clwyd.

“We seem to be pressing ahead, press releases have gone out from the cabinet announcing this shiny new building ‘Croes Atti Two’ in Flint when we’ve got the problems we’ve got now, so we’re adding to it.

“There should be a moratorium on anything which has not been signed off yet.”

Cllr Attridge added: “If we can hold off and not be frightened about how much it will cost the council if we pull a project or we stop it. We have to consider what we have before us today and that is a huge hole in the budget that I don’t think anyone has any answers for.”

Members’ feedback was noted, and the next step in setting the budget will be a series of scrutiny committees throughout December for councillors to look at each portfolio and where savings may be made.