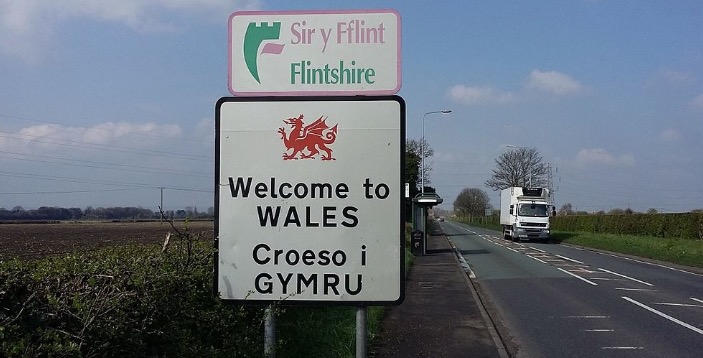 First minister Mark Drakeford has said his government won’t “shrink away” from implementing cross border travel restrictions to prevent the spread of the Indian strain of coronavirus, however stressed no options had been discussed nor was it an immediate option.

Speaking at today’s Welsh Government briefing, First Minister Mark Drakeford said there wasn’t enough understanding of the new variant and what its future might hold to take such “action as drastic.”

There are 1,313 cases of the variant in the UK, up from the 520 recorded the previous week.

Surge testing is underway in parts of North West of England where a number of coronavirus cases involving the Indian variant are on the rise.

The “variant of concern” has been detected in Bolton, Blackburn and Sefton in Merseyside.

Mark Drakeford warned that the new Indian variant is giving the Welsh government “pause for thought” and will look to scientific advisors on whether further easements can move ahead safely.

The first minister has pointed to the impact of the Kent variant in Wales, he said: “When it came into Wales from the north-west of England, it spread right across Wales causing enormous pressures on our health service.”

During a press briefing this afternoon on the further lifting of coronavirus restrictions in Wales, Mr Drakeford was asked whether the Welsh government would consider restrictions on travel into and out of Wales in a bid to halt any spread of the new variant, he said:

“Well, first of all, I don’t intend to do that at the moment but I don’t rule out doing it as evidence emerges.”

“Where we too need to take action ourselves we have demonstrated during the whole of the Coronavirus crisis that we are prepared to restrict travel in and out of Wales where we know that that is in the best interest of Wales.”

“The difference between now and back in the autumn is that then we had a clearly identified problem that we knew about, at the moment we have an emerging issue.”

“None of us have sufficient sense of what lies behind it and what its future might hold to take action as drastic as you’re preventing people from travelling from one part of the United Kingdom to another.”

Mark Drakeford added: “If it became necessary in order to protect the health of people in Wales to limit people’s ability to travel across the border, then we wouldn’t shrink from doing that.”

Research for the UK government’s Sage advisory group by the University of Warwick has suggested that unless the Indian strain is less than 20 per cent more transmissible than the Kent variant there will be a significant risk to the NHS.

Mark Drakeford said: “The modelling carried out by Swansea University which is the modelling, we rely on most in Wales, we are still expecting a third wave of Coronavirus later in the summer but we don’t expect it to be of a magnitude that would cause the same levels of pressure on the NHS that we’ve seen at the turn of this year.”

“I have never myself used the word irreversible to talk about the path that we are on out of Coronavirus and I’ve said already today that the Welsh Government will continue the whole business of unlocking in the careful cautious step by step way.”

“If the evidence changes and new risks emerge that we need to take into account, then that will have an impact on our ability to go on lifting restrictions and impact on our NHS.”