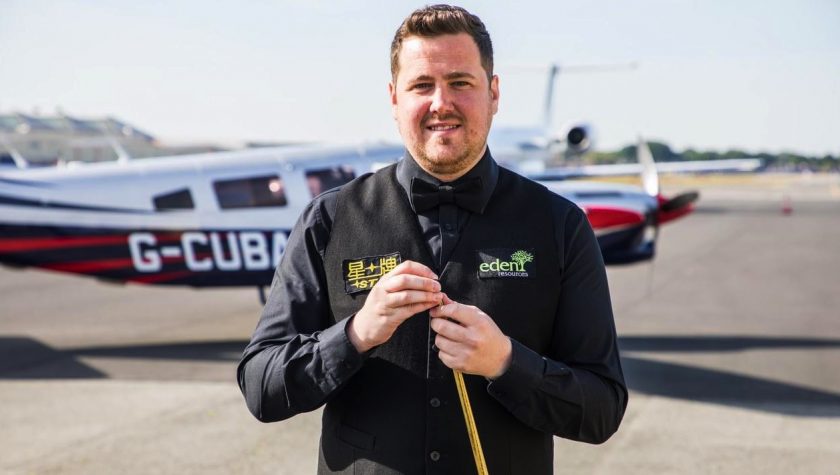 The focus and discipline required to make it as a professional snooker player is clearly serving Airbus apprentice Gareth Allen well – the 30-year-old has just been awarded First Year Aeronautical Engineering Apprentice of the Year by his college.

Gareth, who rose to the dizzy heights of snooker’s world top 100 having taken on the likes of snooker legends Ronnie O’Sullivan, John Higgins, Ken Doherty and Jimmy White, is now cueing up a career in the aerospace industry at Airbus Broughton.

“I played Ronnie [O’Sullivan] in the China Open in Beijing in 2017 watched by 400 million TV viewers worldwide,” recalls Gareth. “Snooker is huge in China and, even though I lost the match, it was the best snooker experience of my life – one I will never forget.”

Gareth, who lives in Ewloe Green and is saving up for a house with girlfriend Paige, took hold of his first snooker cue at the tender age of three-years-old on a 4ft table in his grandfather’s house.

“My grandad is a massive snooker fan and played in the Chester Snooker League, so I was introduced to the game from an early age,” says Gareth. “He was, and remains, a big influence on all I do in life.”

Gareth made his debut for the Welsh Men’s amateur team when he was 18-years-old but only became pro in 2012: “I was working for Flintshire County Council at the time but gave up my job to dedicate my efforts to become professional.” 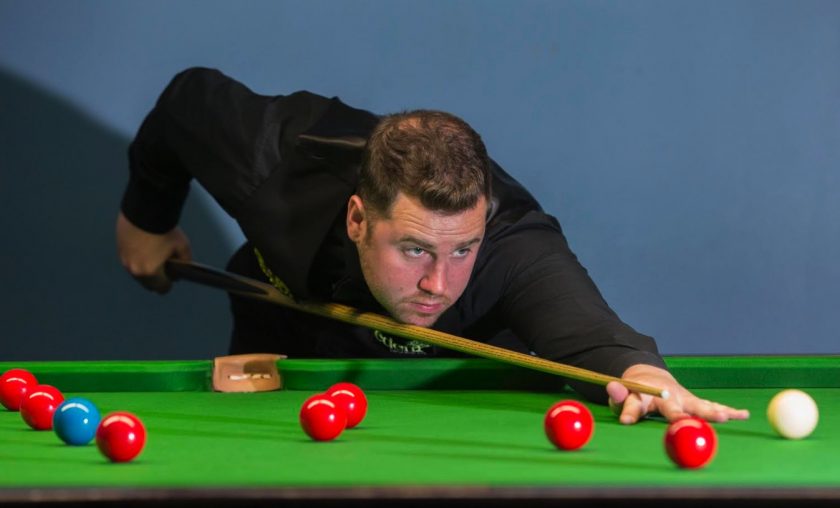 Gareth reached number 86 in the world and achieved a 141 break in competition, and the maximum 147 break in practice sessions: “The maximum breaks don’t really count unless you achieve them in competition,” he says modestly.

But last year, Gareth decided to abandon being a professional snooker player and work for a company his uncle, Mike, had told him would offer him great opportunities – Airbus, where Mike already works.

Gareth’s snooker career had only increased his interest in aviation, as he traveled around the world on the snooker pro tours:

“I’ve been around Broughton all my life and when you live around here, next to Airbus and Hawarden Airport, you grow up with the company,” says Gareth. “I love flying and Airbus is an amazing company to work for – there are so many opportunities to travel and work around the world.

“I’m studying a BTEC in Aeronautical Engineering at Coleg Cambria and will start working in the factory at Airbus in September. I was thrilled when I heard Coleg Cambria had awarded me this prize and I intend to make the most of the opportunity when I continue my apprenticeship at Airbus in the Autumn.”

Gavin Jones, Head of Airbus Early Careers in the UK, added: “Gareth is a superb example of how an Airbus apprenticeship can offer people a new career path, no matter what their background or age.

“We’re immensely proud of Gareth winning this Coleg Cambria award for our apprenticeship scheme and we’re looking forward to him starting work in Broughton in September.”