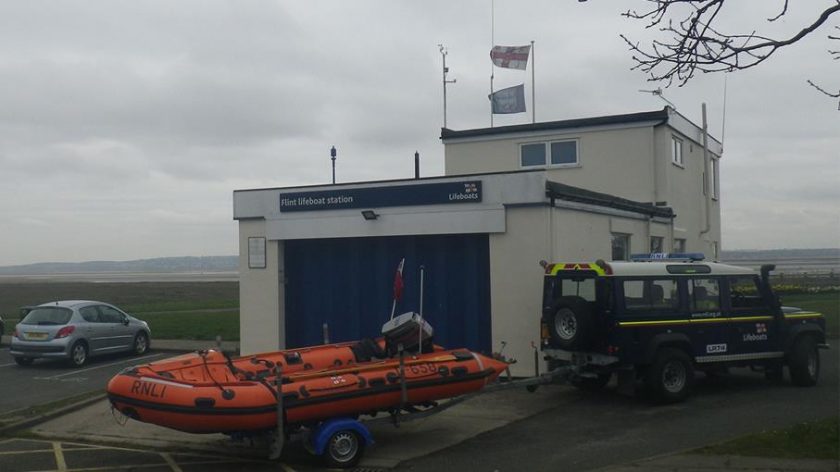 Two crew members from RNLI Flint who were on ‘evening exercise’ came to the aid of a man who was suffering from a medical emergency.

The lifeboat crew members were on exercise on Thursday when they noticed a member of the public in their mobility scooter stopped in the middle of a walkway outside the RNLI Flint station.

The man on the the mobility scooter appeared to be leaning to one side.

When the crew went outside to investigate, they found the gentleman unresponsive but breathing.

An ambulance was called immediately then other crew members were called for assistance.

“Once ambulance was on scene, the lifeboat crew handed over care to North Wales Ambulance service and assisted with transferring the gentleman onto a stretcher and into ambulance to be taken to hospital.”

“From Everyone at Flint Lifeboat Station we wish the gentleman a speed recovery.”