Emirates firms up orders for 36 A380s worth nearly £12 billion 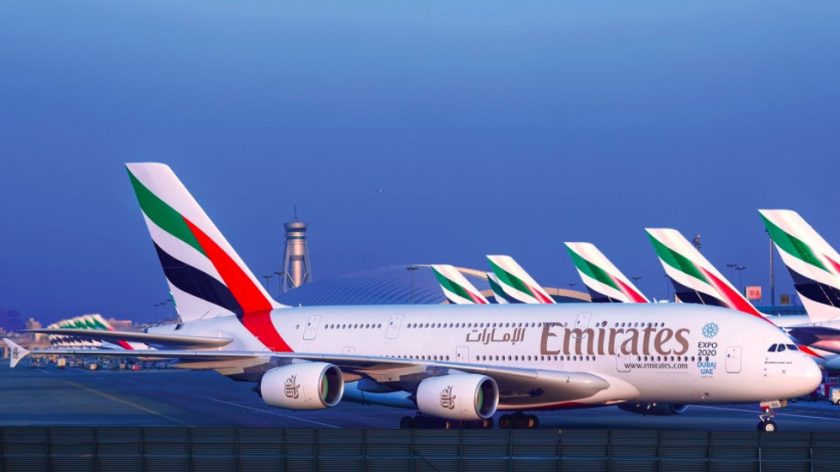 Emirates Airline has firmed orders for the first 20 Airbus A380s with an option for another 16 in a deal worth nearly £12 billion.

The agreement was signed in the presence of HH Sheikh Mohammed bin Rashid Al Maktoum, Vice President and Prime Minister of the United Arab Emirates and ruler of Dubai; and Edouard Philippe, Prime Minister of France, the agreement was signed on the sidelines of the World Government Summit by HH Sheikh Ahmed bin Saeed Al Maktoum, Chairman and Chief Executive, Emirates Airline and Group; and Mikail Houari, President Airbus Africa Middle East. ‌﻿​﻿‌﻿‌﻿‌﻿​﻿‌﻿‌﻿‍﻿‌﻿​﻿‌﻿‌﻿‌﻿​﻿‌﻿​﻿‍﻿‌﻿​﻿‌﻿‌﻿‌﻿​﻿‌﻿​

Sheikh Ahmed said: “This agreement underscores our commitment to the A380 programme, providing stability to the A380 production line and supporting tens of thousands of high-value jobs across the aviation supply chain. For Emirates, the A380 has been a successful aircraft for our customers, our operations, and our brand. We look forward to continue working with Airbus to further enhance the aircraft and onboard product.” ‌﻿​﻿‌﻿‌﻿‌﻿​﻿‌﻿‌﻿‍﻿‌﻿​﻿‌﻿‌﻿‌﻿​﻿‌﻿​﻿‍﻿‌﻿​﻿‌﻿‌﻿‌﻿​﻿‌﻿​

“We thank Emirates, HH Sheikh Ahmed, Tim Clark and Adel Al-Redha for their continued confidence in the A380, which has so successfully transformed air travel in the 21st century,” said Fabrice Brégier, Airbus President Commercial Aircraft and Chief Operating Officer. “This latest agreement further demonstrates the strength of our valued partnership with Emirates in support of their impressive growth.” ‌﻿​﻿‌﻿‌﻿‌﻿​﻿‌﻿‌﻿‍﻿‌﻿​﻿‌﻿‌﻿‌﻿​﻿‌﻿​﻿‍﻿‌﻿​﻿‌﻿‌﻿‌﻿​﻿‌﻿​