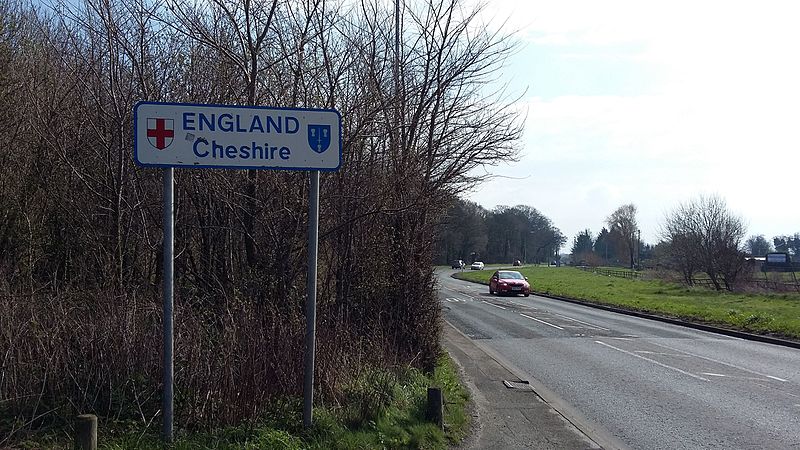 People who live or work in two Chester postcode areas are being asked to book a COVID-19 test in response to the increase in positive cases of the Delta COVID-19 variant in the area.

The latest seven-day incidence rate in the borough from 7 June to 13 June showed an increase to 117 positive cases per 100,000 population.

Surge testing will be taking place in Chester postcodes CH1 3 and CH 1 4, where the infection rates are significantly higher than the borough average.

The CH1 4 postcode stretches along Sealand Road to the border with Flintshire. 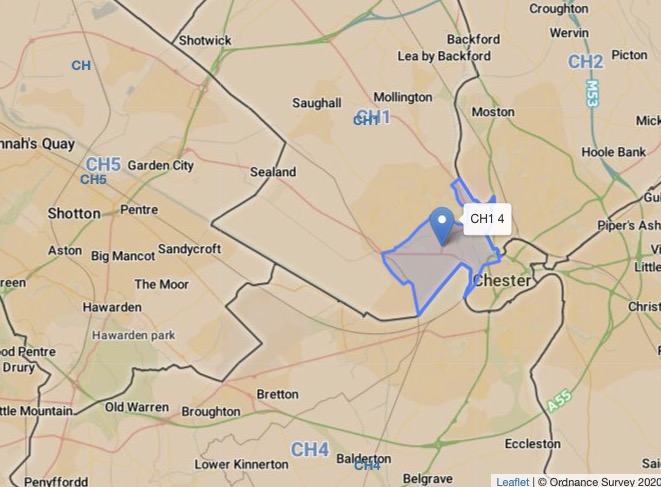 CH1 4 postcode stretches along Sealand Road to the border with Flintshire. Next door, Sealand and Saltney have recorded the highest number of cases in Flintshire per 100,000 population between 7 and 13 June with 49 and 66 respectively. For context, the actual number of positive cases for the two combined areas in the seven days to 13 June is 13 those areas also include Shotton, Garden City and Broughton. [Map: streetlist.co.uk}

The local authority in Chester is ‘strongly’ encouraging people living or working in those two postcode areas to take a PCR test, “whether or not they are showing symptoms and regardless of whether they have had the COVID-19 vaccine.”

“Residents who have had a positive PCR test in the last 90 days do not need to take another PCR test at this time.” A spokesperson said

“Positive results are sent to specialist laboratories to help identify COVID-19 cases with a Variant of Concern (VOC) and then prevent their spread.”

Councillor Karen Shore, Deputy Leader of CWaC, said: “The surge in cases of the Delta variant of COVID-19 is alarming, but we can control it by observing the hands, space, face and fresh air rules, minimising our travel, getting the vaccine as soon as we can and by testing.

“Please book in for a PCR test if you live in the CH1 3 or CH1 4 postcode area, whether you have symptoms or not. And take care to protect yourself and others.”

Earlier this week Chester and Cheshire West was one of six areas the UK Government assigned additional support to help deal with a rise in Covid-19 cases.

Advice was issued for people to ‘minimise travel in and out’ of Enhanced Response Areas in England, that message was reiterated by Wales’ First Minister during Friday’s press briefing.

Mark Drakford was asked how keenly issues on border areas are being observed, and if there would be any new direct revenue support to hospitality to reflect the new circumstances in what was already a tough trading position.

The First Minister replied, “I think we’ve said over a number of weeks that when you have clusters of a new variant, very close to a very porous border, then the chances of just turning it back at the border are pretty slender.”

With cases rising across the border the First Minister was asked again about people being urged not to travel to help stop transmission.

The First Minister said, “I do reinforce the advice that has already been given to those populations by the government in England.”

“That advice is if you’re living in an English hotspot, the advice for some weeks now has been to minimise travel, not to travel in or out of those areas.”

“I think that is good advice that has been given to those populations and I’m very happy to reinforce it and repeated from a Welsh perspective.”

You can view the full briefing on the below video link:

To book a test visit: www.gov.uk/get-coronavirus-test