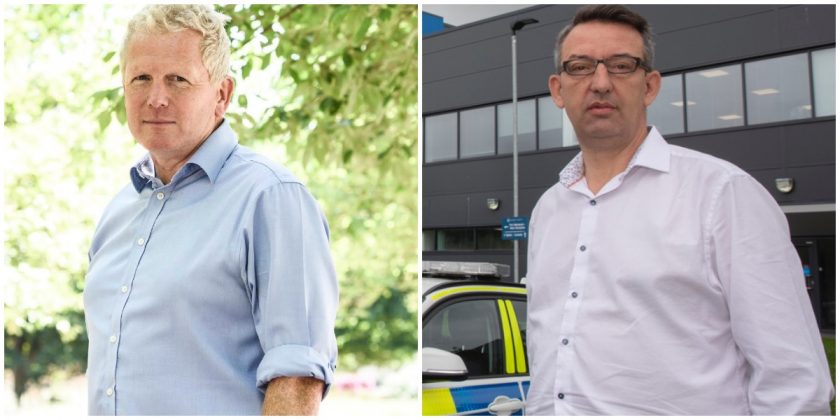 Concerns have been raised over “glaring deficiencies” in a survey linked to a review of the way hunting is policed in North Wales.

Pro-hunt campaigners have criticised what they described as “incorrect claims” about UK hunting law in the questionnaire published on behalf of the North Wales Police and Crime Commissioner.

Labour’s Andy Dunbobbin (pictured right) announced earlier this year he would be inviting tender bids of up to £20,000 from contractors to undertake an independent review of hunting in the region.

It was later announced that the review, which will consider the way North Wales Police oversees the enforcement of the Hunting Act, would be carried out by researchers from Wrexham Glyndwr University.

However, the Countryside Alliance recently wrote to Mr Dunbobbin expressing doubts over the transparency and format of the survey, which has been published on the commissioner’s website.

Tim Bonner (pictured left), chief executive of the alliance, said the questions inaccurately reflected the law regarding hunting and highlighted that the survey does not ask participants any information about where they are from.

He claimed this could lead to it being hijacked by animal rights activists in an attempt to influence local policing policy.

Mr Bonner said: “The survey would suggest that those conducting the research have little knowledge of hunting before or after the Hunting Act was enforced, or indeed the law in this area.”

“Whatever the results of the survey, they cannot be considered as a robust and reliable reflection of the situation in the North Wales Police force area, as the data cannot be properly verified and assessed.

“Consequently, it is hard to see how any recommendations based on flawed research can be well founded.

“To add insult to injury, it is the already hard-pressed taxpayer who is funding this project.”

He added: “In a country where we enjoy policing by consent, it is astonishing that such a divisive review, the deficiencies of which are all too evident, should have been approved.

“Far from uniting communities and improving relations between the police and rural communities, it serves only to divide.”

The Countryside Alliance has opposed the review from the outset, previously describing it as an “unnecessary political vanity project” and accusing Mr Dunbobbin of having “prejudices against rural people”.

Mr Bonner said its concerns about the survey related to issues with an “easy read” version of the questionnaire, which offers participants an explanation of various terms.

He said one part incorrectly stated that fox hunting with more than two dogs has been against the law in England and Wales since 2004, whereas legislation actually makes it illegal to hunt with any amount of dogs.

Mr Dunbobbin, a former Flintshire councillor, said the version of the survey referenced by the alliance was designed to make it more accessible to people with learning difficulties.

He added responses would be monitored to prevent the review from being compromised.

He said: “We recognise the importance of making sure our review into the policing of hunting in North Wales is as robust as possible, and that we hear from all sides in the debate.

“A crucial way of ensuring it is as accessible as possible is by making a version that can be easily understood by people with learning disabilities and other people who have difficulty with reading.

“This ‘easy read’ format may not have some of the finer details of legislation around hunting that the full version contains, but this simpler interpretation enables the survey to be more accessible to more people.

“To ensure the research base for the review into the policing of hunting is as representative as possible, efforts will be made to detect and extract false entries in the process of analysing data.

“Moreover, the review considers data from a range of sources, from survey respondents, incident and case file reviews, as well as interviews with key respondents.”

Mr Dunbobbin said he believed the measures in place would ensure a “credible, robust and fair review”.

He urged people on both sides of the debate to take part in the survey to ensure their views are heard.