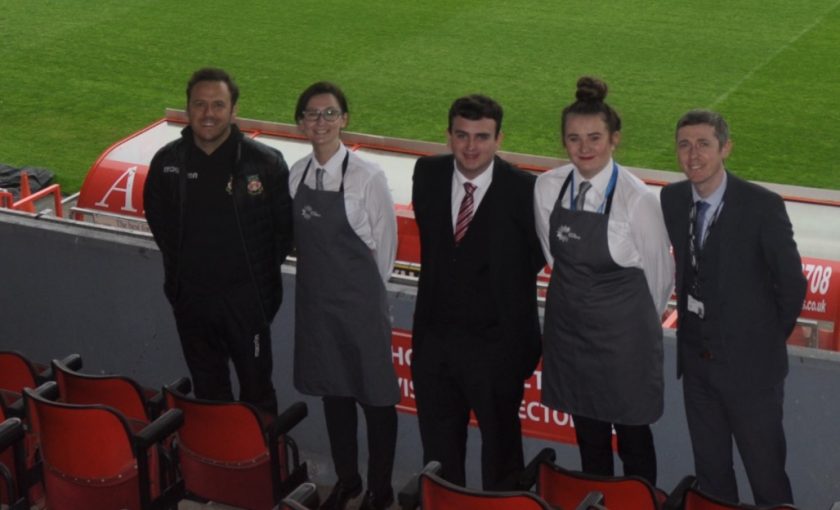 They will also be on hand to attend events and functions at the world’s oldest international football stadium, giving them valuable, hands-on experience as part of their Professional Cooking qualification. ‌﻿​﻿‌﻿‌﻿‌﻿​﻿‌﻿‌﻿‍﻿‌﻿​﻿‌﻿‌﻿‌﻿​﻿‌﻿​﻿‍﻿‌﻿​﻿‌﻿‌﻿‌﻿​﻿‌﻿​

Andy Woods, Cambria’s Deputy Director of Hospitality and Catering, says the partnership will benefit both parties as the club chef and other staff are also spending time learning and developing their skills at the college, which has sites across Wrexham and Flintshire. ‌﻿​﻿‌﻿‌﻿‌﻿​﻿‌﻿‌﻿‍﻿‌﻿​﻿‌﻿‌﻿‌﻿​﻿‌﻿​﻿‍﻿‌﻿​﻿‌﻿‌﻿‌﻿​﻿‌﻿​