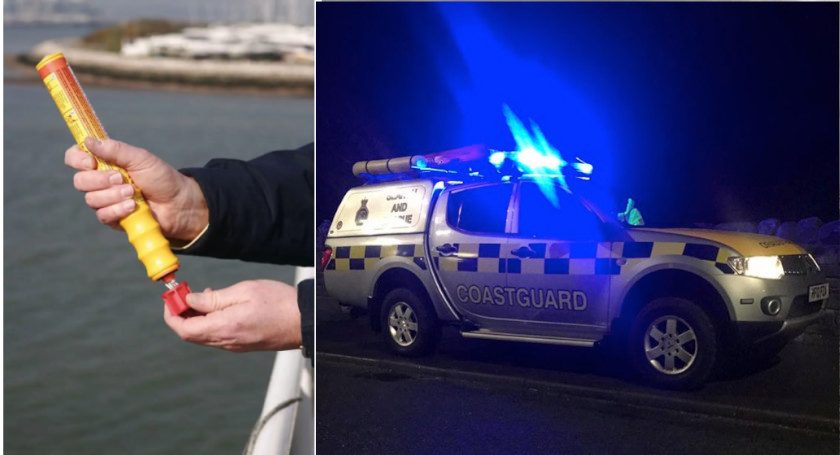 Coastguard rescue officers was scrambled to reports of a red distress flare spotted above the River Dee.

Flint Coastguard were called just after 7pm on Saturday to investigate the red flare which was sighted in the Greenfield area.

They were joined by colleagues from Rhyl Coastguard and a search began.

A spokesperson for HM Coastguard Flint said: “Team paged by UK Coastguard to investigate a report of a red flare sighted in the Greenfield area.”

“Along with our colleagues from Rhyl Coastguard Rescue Team a plan was formulated for simultaneous firing of white parachute flares to illuminate the search area.”

“Rhyl team positioned themselves at the Point of Ayr whilst we positioned ourselves between Mostyn Docks and the Fun Ship.”

“Despite successfully illuminating the search area, nothing untoward was sighted.”

“After waiting to see if we received any response to our flares, Holyhead Coastguard Operations Centre informed us that they were happy to conclude the search with nothing found.”

The use of red distress flares indicates that there is a “grave and imminent danger” to life or a vessel and should only be used in an emergency situation.

Because of the nature of red flares and what they mean, it is illegal, under Merchant Shipping Act , to fire or ignite any red flare either out on the water or along the coastline to avoid calling out emergency services for no reason.