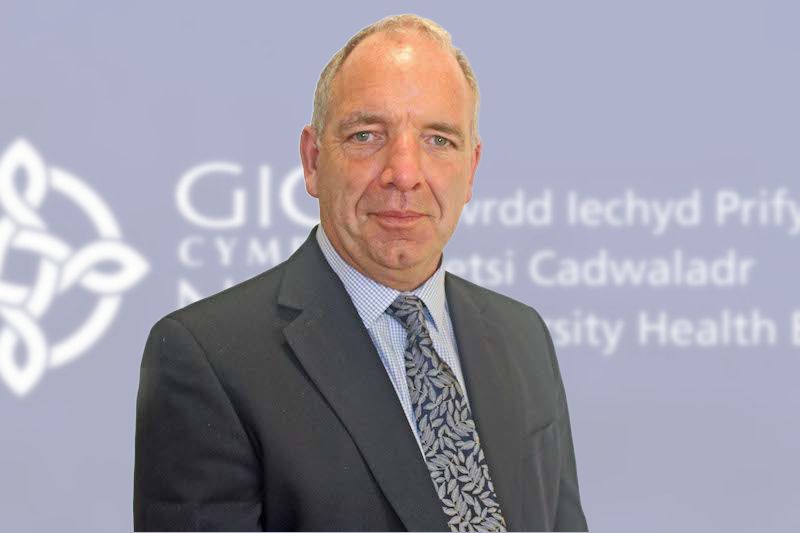 The chair of a crisis-hit health board has hit out at senior officials over delays to meeting reports.

Betsi Cadwaladr University Health Board is currently facing a significant level of scrutiny after it was announced last month that Ysbyty Glan Clwyd had been put into “targeted intervention”.

It means the Bodelwyddan hospital is under the second-highest level of oversight by the Welsh Government after concerns were raised over vascular services and emergency care.

The decision was one of a number of important issues discussed at a meeting of the North Wales health board on Thursday (August 4, 2022).

Chair Mark Polin slammed executive team members during the proceedings over delays to board reports and the quality of some of the papers presented, including an update on the organisation’s finances.

The former chief constable of North Wales Police described the administrative problems as “indefensible” and said it was not the first time deadlines had been missed.

He said: “I previously clearly indicated in this forum that the late or incomplete publication of papers for board and committee meetings, save in very exceptional circumstances, is unacceptable.

“It impedes the board in exercising its governance and assurance role and weakens the opportunity for public scrutiny.

“These are simple and basic expectations of an executive team and an organisation and a failure to meet them is in my mind, indefensible.

“Moreover, the quality of some of the papers, for example, the performance report and the finance report, are of such quality as to offer no or little assurance.

“I clearly laid out these and other concerns to the chief executive last night, which members will have seen.”

Mr Polin called on the health board’s chief executive Jo Whitehead to provide an explanation for the issues.

It comes at a time when opposition parties in the Senedd have called for the health board to either be restructured or placed back into special measures.

Betsi Cadwaldr was previously in special measures from the summer of 2015 until November 2020 due to financial difficulties, long waiting lists and a damning report into the Tawel Fan mental health unit.

He said: “I’m a little disappointed in the report as a document. It says it’s going to give us an update on key issues impacting the organisation but to be honest, I don’t read it as going anywhere near doing that.

“It’s effectively a list of meetings and discussions that have been had with precious little stated about the outcomes from those discussions and what’s going to potentially change as a result.

“This should be an extremely important report. It should be a report on what are the issues that have been addressed since the last report given that we are an organisation with many, many shortcomings and failings that we’re trying to address.

“As a report from the chief executive of an organisation that’s missing the mark quite considerably in many respects, I thought it should be a little more dynamic and incisive than this.”

Ms Whitehead said in response that measures had been put in place to ensure the quality and timeliness of future board reports.

She said: “I have agreed a more robust standard operating procedure, which is designed to ensure more thorough oversight, and a quality assurance process of all papers going to board and committees.

“This includes bringing forward our own internal paper deadlines, and significantly the oversight of all papers not only by the executive director responsible for the quality of those papers, but also by the entire executive team.”