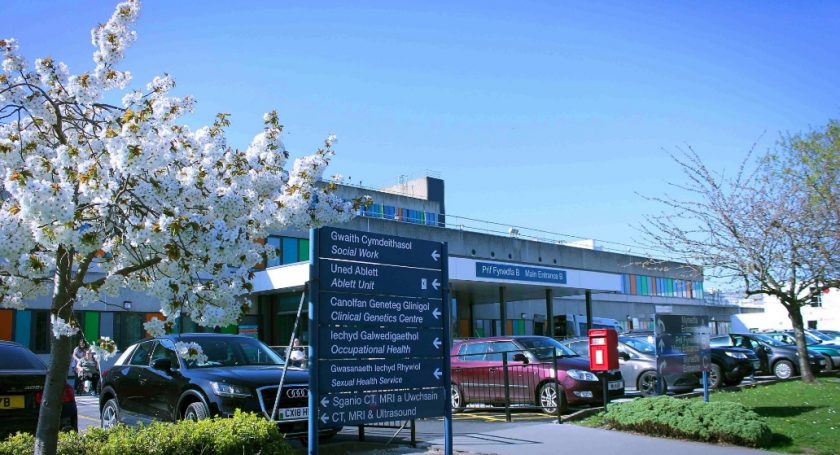 The time has come for the Welsh Government to start a wider conversation about reforming health services across the region.

That is the view of Plaid Cymru North Wales MS Llyr Gruffydd, who has said that “time is up” for Betsi Cadwaladr University Health Board.

His comments come after the emergency department at Ysbyty Glan Clwyd was designated a ‘Service Requiring Significant Improvement’ by Healthcare Inspectorate Wales (HIW).

The designation is based on an accumulation of evidence, originating in January 2022, leading to the completion of a Quality Check on 8 March 2022 and an unannounced onsite inspection that took place on 3-5 May 2022.

Several patient safety concerns were identified during this period.

During the most recent inspection (3-5 May 2022) HIW identified areas where Betsi Cadwaladr University Health Board’s (BCUHB) actions in response to the previous Quality Check had not led to improvement.

HIW has said in a statement: “The Service Requiring Significant Improvement designation enables us to plan and deliver future activities necessary to gain assurance about the quality and safety of care in that service.”

“We will be working with the health board to ensure improvements are made in a timely manner. We will then consider whether the service can be de-escalated and removed from this process.”

Mr Gruffydd has called on the Welsh Government to start a wider conversation about health services in North Wales.

“This latest announcement adds to concerns that Betsi Cadwaladr has long been unfit for purpose – that it is too big and cumbersome for the communities it is meant to serve.

“From serious failings in vascular services to a mental health service mired in problems, how much more evidence do we need of patient safety being at risk?

“The time has come for the Welsh Government to start a wider conversation about reforming health services in the north of Wales. They say ‘if it ain’t broke, don’t fix it’ but it’s clear that it IS broken, and it DOES need fixing.”

Responding to the HIW report, Jo Whitehead, chief executive of Betsi Cadwaladr University Health Board said: “It is clear from this report, and HIW’s subsequent visit, patients received a standard of care well below what they, and we, expect. We have fallen short of those expectations and we must, and we will, do better.

“On behalf of the health board I apologise to those patients who did not receive the care they deserve.

“I can assure the public, senior leaders already have more robust oversight of the Emergency Department at Glan Clwyd Hospital, including different models of care which are designed to ensure earlier assessment of patients.

“Emergency Departments are for people who are seriously ill or injured with life-threatening injuries and illnesses, which need immediate action and we encourage you to attend if you need this support. We treat hundreds of thousands of patients every year, safely.

“We take our duty of care to patients very seriously and we are working with HIW to put things right.

“We continue to be extremely stretched in our emergency departments across North Wales, which together with staff shortages puts a greater stress on those who are working, often having to cover extra shifts so our departments can function.

“This situation is compounded because we are seeing more people who are very unwell on arrival at our emergency departments.

“This is not to deflect from the findings of this report, which we accept in its entirety. It was extremely disappointing to read.”