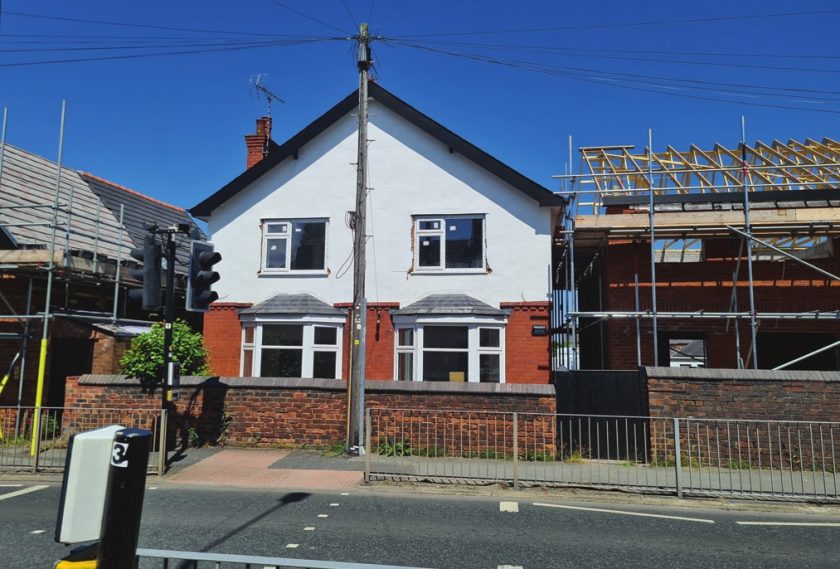 Plans for a seven-bedroom house in multiple occupation (HMO) in Buckley have been refused despite claims it would help to house Ukrainian refugees.

An application was submitted in March to convert an existing house on Brunswick Road in the town, known as the “Priest House”.
The building is next to the Roman Catholic Presbytery, which is currently being turned into two new homes.

Councillors were told at a meeting today (Wednesday, July 6) that the HMO proposed by Walsh Investment Properties would be used to meet the needs of those fleeing the conflict in Ukraine.

The scheme was recommended to go ahead by Flintshire Council’s chief planning officer, who said it was in fitting with the surrounding area.

However, it was rejected by a single vote after one member of the local authority’s planning committee described the reference to Ukrainians in a late submission by the applicant as “distasteful”.

He also highlighted the large number of Flintshire residents on the county’s waiting list for housing.

Cllr Bernie Attridge, leader of the independent group, said: “With the greatest respect, we’ve got a thousand plus people from Flintshire on the waiting list for one and two-bedroom properties.

“We need to do our best for Ukraine, but I find it quite distasteful to mention Ukraine in the late observations as if we’re all going to approve the application before us because of it.

“People say that charity starts at home so we shouldn’t just say this is ideal for Ukrainian people.

“It would be ideal for single people on our waiting list that might have been there for three, four or five years.”

Officers said the question of who would live at the property was not an issue for members to consider.

Cllr Attridge also raised concerns that the proposals would cause parking problems in the area.

Local councillors Cllrs Mike Peers and Dennis Hutchinson warned before the meeting that the property could become overcrowded.

It led to a limit of one tenant per bedroom being proposed by chief planning officer Andrew Farrow, with a member of the council’s cabinet also speaking in favour of the application.

Cllr Chris Bithell, portfolio holder for planning, said: “I understand where the local members are coming from on these particular matters, but nonetheless, there is a particular need that exists.

“That’s going to increasingly be a factor in the future, as has been pointed out by the officers.

“We are short of single-person and two-person apartments and accommodation.

“There is a need for this locally and that is why we get these applications coming in quite frequently now before committee.”

Cllr Bithell said there was also a danger the decision could be appealed if the plans were refused.

Cllr Peers took issue with the reference to a potential appeal and accused him of using it as a “threat” to members.

He said: “I find it incredible that we have to approve this application to avoid an appeal and costs.

“This has got to stop. This is a planning committee to deal with this application and not to have threats.

“I’m not happy, but I’m going to deal with it on the merits of what’s before us, and we’ll deal with that.”

The proposals were refused by seven votes to six at the end of the debate due to inadequate parking and amenity space, with two councillors abstaining.