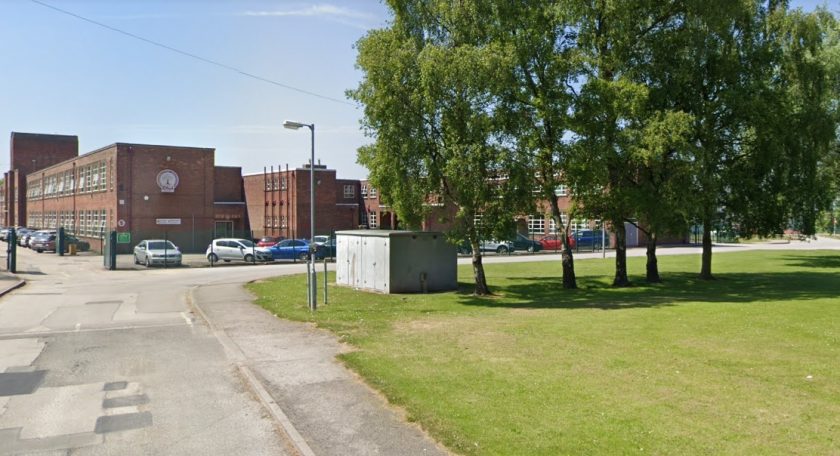 Plans to create a car park on a field in Buckley have been given the green light to ease parking problems near a school.
Flintshire Council applied in January to provide 62 parking spaces on land at Mill Lane in the town.

The currently grassed site is located next to Elfed High School where concerns have been raised for the safety of children and users of nearby Buckley Leisure Centre due to parking issues.

The proposals to tarmac part of the field over have now been approved by an officer from the local authority’s planning department using delegated powers.

In her decision notice, Barbara Kinnear said: “The application is to provide additional parking provision within the existing school grounds for use by the school and associated sports centre venue. It’s proposed to be 2,500 square metres in size.

“The area is currently a grassed open level area of the school grounds, and it is proposed to carry out the necessary engineering works and surface the car park with tarmac.

“The proposal will provide parking for 62 spaces opposite existing parking provision on the site.

“The creation of additional park parking provision within the existing school grounds for use in connection with the school and associated sports venue is considered appropriate and considered necessary in the context of local provision and the parking issues currently cited in the vicinity.

“The scale and design of the scheme is considered to harmonise with the site and adjoining area.”

Concerns were raised by a local group of ramblers that the plans failed to acknowledge a public path which runs across the site.

They also said no explanation of the need for parking had been for provided, highlighting the need for pedestrians to be able to cross safely.

However, Ms Kinnear said no objections had been raised by the council’s highways and rights of way officers and decided to grant approval accordingly.


Tweets by Deesidedotcom
Wednesday May 25th 17:50