Appeal: Gang of youths – one armed with knife – chase two others through Chester 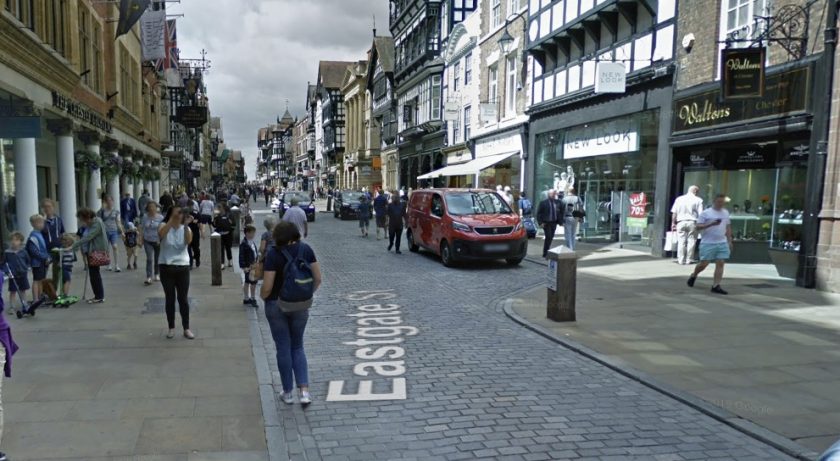 Detectives investigating a disturbance in Chester city centre are appealing for information from members of the public.

At around 6.45pm on Monday 20 June a large group of youths were reportedly seen chasing two boys near to Eastgate Street.

One of the youths is reported to have been carrying a knife which is believed to have caused cuts to one of the boy’s clothing.

The boy, aged 15, did not sustain any injuries.

Some of the group then left the area in the direction of Bridge Street and other members of the group went along St Johns Road.

Officers were deployed and five teenage boys, aged between 15 and 17, have been arrested on suspicion of  assault.

They are all in police custody awaiting questioning.

Detective Inspector Rupert Morrey, of Chester local policing unit, said: “We received numerous reports from the public of a disturbance occurring in the city centre involving a large group of youths and deployed to the scene leading to a number of arrests being made.

“Thankfully the boys were not harmed and at this stage it appears to be isolated however our enquiries are still ongoing to establish the full circumstances surrounding what happened.

“I am appealing to anyone who may have information, witnessed the disturbance take place or been in the area shortly before and after it happened, to get in touch with us.”

Anyone who has information is asked to contact Cheshire Constabulary online https://www.cheshire.police.uk/tell-us or by calling 101 quoting IML 1297850.

Information can also be passed on anonymously by calling Crimestoppers on 0800 555 111.