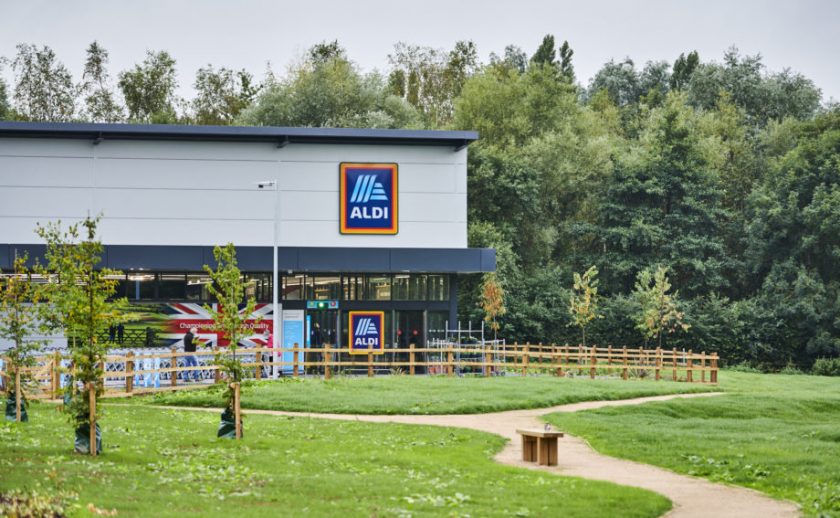 Aldi has announced it will open 100 new stores across the UK over the next two years.

The supermarket has pledged to invest £1.3 billion by 2023 in a bid to further grow its retail estate, as it continues to push ahead with plans to open an average of one new store a week.

The areas in Wales where it is currently looking for sites included two Flintshire towns, Holywell and Flint where the supermarket already has a store.

Aldi, which now has more than 920 stores across the UK, is searching for freehold town-centre or edge-of-centre sites suitable for property development.

The supermarket says it is on the lookout for sites that are big enough to accommodate a 20,000 sq ft store and around 100 dedicated parking spaces, preferably on a prominent main road and with good visibility and access.

Additionally, Aldi will also be investing in the development of new and expanded distribution centres.

Richard Thornton, Communications Director at Aldi UK, said: “We’re continuing to gain even more customers – with over 60% of UK households shopping with Aldi in the last year.”

“Our focus is on expanding our store estate, making sure Aldi is accessible to as many of these new shoppers across the country as possible.”

“Looking ahead, we are excited to provide millions of new customers with access to Aldi’s award-winning quality and unbeatable value as we create even more places and more ways to shop with us.”

As well as Flint and Holywell, Aldi is targeting a number of locations over the border close to Flintshire including North Chester and Cheshire Oaks.

There have been calls over the years for Aldi to open a store in the Deeside area, they have supermarkets in Broughton, Mold, and Flint.

In 2014 Aldi said it wanted to open a store on the site of the former Somerfield supermarket in Connah’s Quay, but plans were never submitted.

Flintshire council confirmed to Deeside.com last month it is in talks with an ‘interested party’ about the development of the site however, no company has been named as yet.

Sources told Deeside.com in the summer that Lidl is looking to create a new store at the Connah’s Quay site, relocating its supermarket on Deeside Retail Park in Queensferry.