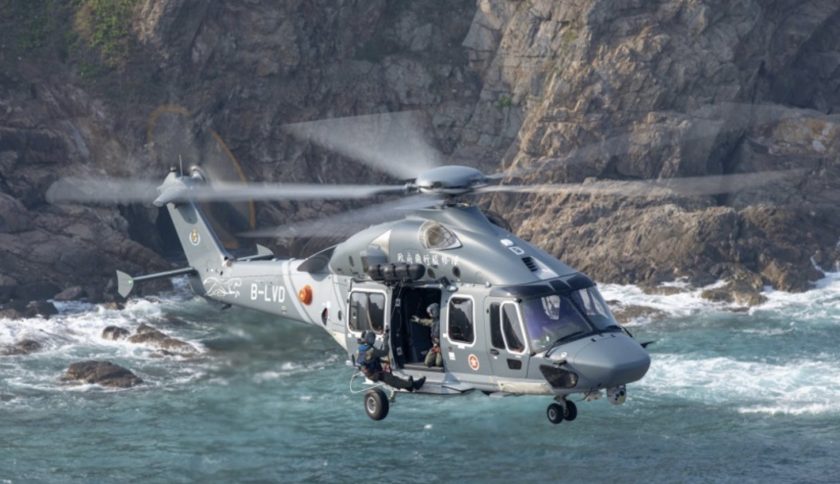 Hundreds of jobs could be created at Airbus Broughton if the company wins a contract to build military helicopters for the Royal Air Force.

Airbus Helicopters plans to offer a new military variant of its H175 helicopter to the MoD.

If chosen Airbus would use its Broughton site as the location of a final assembly line for the H175M military helicopter which would replace the RAF Puma fleet.

During a media briefing on Friday Colin James, managing director of Airbus Helicopters UK said that as part of its “evaluation process” Broughton had been “identified as the best industrial location for the project”

He said: “In the validation process that we have been running, which includes [assessing] the best industrial location for production, we selected Broughton because of the benefits it gives us, like access to leading technologies and NMH would be a first helicopter programme to benefit directly from all the commercial, manufacturing and supply chain knowledge from the site.” Writes Shephard Media.

The Broughton production line would be set up specifically to maximise input from regional suppliers, according to James, an obvious sign that the manufacturer wants to take seriously the MoD’s renewed public push on national prosperity and pivot to ending ‘global competition by default,’ reflected in the latest Defence and Security Industrial Strategy.

If selected for the NMH, Airbus would also export this model globally from the U.K.

Airbus Helicopters is vying for the NMH contract with Leonardo Helicopters and their AW149 helicopter, which it intends to build in Yeovil.

And reports say Sikorsky could offer the UH-60/S-70i Black Hawk.

In a statement, Airbus said: “Airbus Helicopters in the UK is aware of the Government’s intention to retire the Airbus Puma HC2 medium helicopter fleet, along with certain other types, in the middle of this decade and to seek a replacement known as the New Medium Helicopter (NMH).”

“While we (Airbus Heli) await the issue by the Ministry of Defence of its formal specification, we firmly believe the Airbus H175M is fully capable of fulfilling the UK’s NMH needs and of becoming a sustainable UK export product with the potential to resurrect the capacity and capability of the UK’s helicopter industry, in part through the creation of a new helicopter plant at the existing Airbus commercial aircraft site in Broughton, North Wales.”

“The civil variant of the H175 is by far the most capable super medium aircraft on the market, with 26 already in daily North Sea operation off the coast of the UK, and excellent export prospects for the proposed military variant.”

Airbus said: “We look forward to taking part in the competition to provide the NMH and if successful we are ready to invest substantially in the UK to create an advanced new helicopter manufacturing/assembly facility directly employing many skilled Airbus workers and sustaining hundreds more jobs in the wider UK supply chain.”

“This activity would support the government’s levelling up agenda and create an attractive exportable product capable of serving military customers worldwide.”

The huge A380 factory at Airbus Broughton could be configured relatively quickly as an assembly line for the H175M.

Operations there have been wound down since the last wing for the final A380 to be built was dispatched from the site in February 2020.

The West factory still houses a jig that remains on standby for any A380 wing repairs.

The factory, with a floor space equivalent to 12 full-size football pitches, was the largest factory to open in the UK for many decades and supported as many as 1,200 staff at its peak.