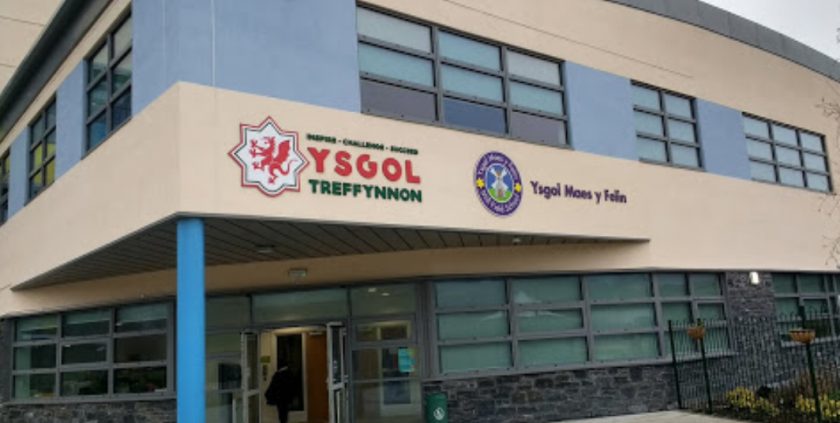 A Flintshire secondary school has been removed from special measures after more than three years.

Ysgol Treffynnon in Holywell was placed under strict monitoring by Estyn in March 2016 after its performance was judged as being “unsatisfactory”.

The education watchdog highlighted shortcomings in teaching at the school, then known as Holywell High School, as well as concerns over fixed term exclusions and attendance rates.

Since then, a new state-of-the-art facility has been built in its place, which took in 600 youngsters from the existing high school and 315 from Ysgol Perth y Terfyn and Ysgol y Fron.

Inspectors have now said the school has made sufficient progress to address their recommendations and come out of special measures.

Following a spot check carried out in November this year, they praised the “substantial” improvement in pupils’ learning and behaviour.

In their report, they said: “The improvements noted in recent monitoring visits have been sustained and developed.

“Most pupils make at least satisfactory progress and the majority make strong progress in developing their knowledge, understanding and skills.

“The school uses a wide range of appropriate strategies to address poor attendance.

“These include early responses to pupils’ absence and contact with parents through telephone calls and home visits.

“The school has taken suitable steps to address poor behaviour and engagement in lessons.

“As a result, behaviour in general has been good and fixed term exclusions are lower than at the time of the core inspection.”

Since the last inspection, they said school leaders had successfully improved the quality of teaching across the board.

In most cases, they reported teachers develop strong working relationships with their classes and support learning well.

They added members of the management team have a positive working relationship and share the same vision.

Headteacher John Weir said he believed the school had turned a ‘significant corner’.

He said: “I am immensely proud of what has been achieved.

“The success of our school is a testament to the power of collaboration between our school, our students and their families, and the support from the local authority and regional school improvement service, GwE.

“The commitment of all our staff to the school’s new vision of ‘Excellence in Everything’, as exemplified by the high quality classroom learning experiences provided by all our teachers, was pivotal to the school being recognised as having made strong improvements across the school.

“I want to thank everyone associated with the school, past and present, who has contributed to the successful improvements we have made and for their ongoing commitment as we move forward to achieve our vision of ‘Excellence in Everything’.”

She said: “I am delighted that Ysgol Treffynnon has been judged by Her Majesty’s Inspectorate for Wales (Estyn) to have made such strong progress that they have now been removed from the list of schools requiring statutory follow up.

“It is a testament to the strong leadership provided by the headteacher, the senior management team, the staff and the governors that the school has made such strides on its improvement journey.

“It is now in an excellent position to continue to build on this quality provision going forward and the local authority is confident that the school will continue to go from strength to strength.”