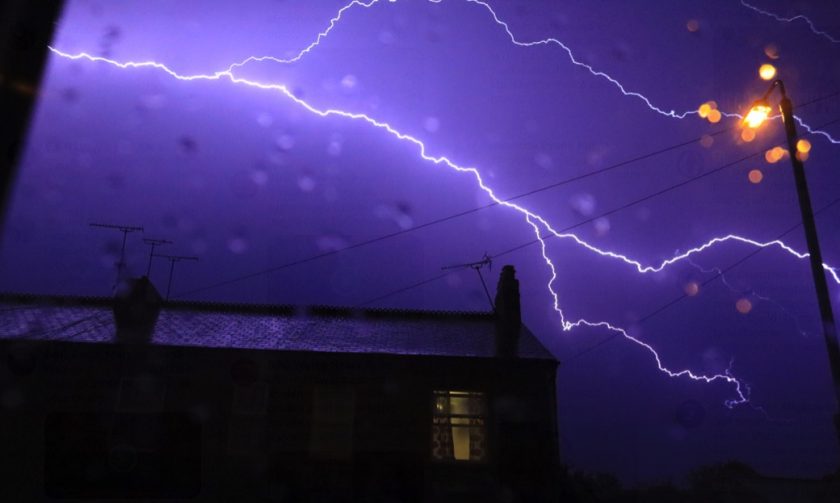 Thunderstorm warnings remain in place in Flintshire until Monday with the Met Office stating there’s a continued risk of “impacts from heavy rain, flash flooding, lightning and hail.” 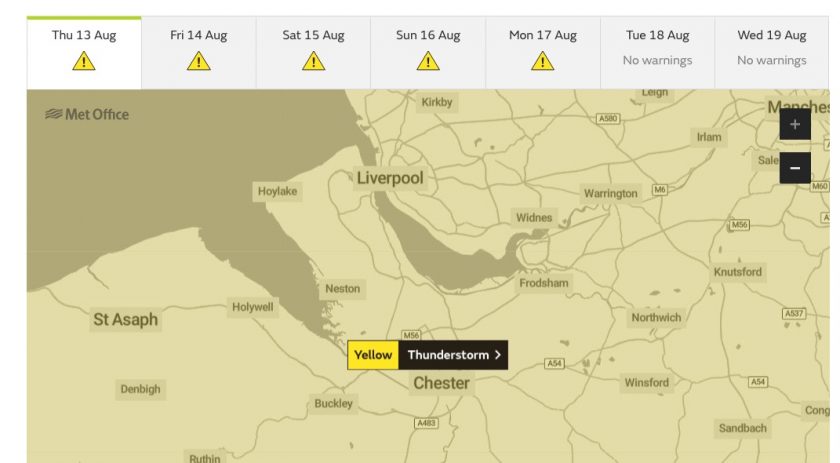 “We are on day four of eight thunderstorm warnings and sustained thundery weather period like this is unusual.

She said, “One of the reasons why we get extreme weather is because our atmosphere is always looking to find a nice balanced state.

It doesn’t like the big contrast and temperature, pressure or humidity, that’s why we get weather fronts.

At the moment we’ve got all this heat and humidity and the atmosphere doesn’t want to allow that to keep building and building.

That energy needs to go somewhere and at the moment that’s where we’re seeing a lot of thunderstorms.”

During the afternoon and into the evening bolts of lightning could be seen lighting up the skies across Flintshire.

For storm lovers, Wednesday night was an absolute treat, many people commented on social media they had never seen a storm like it.

Around 15,000 strikes were reported in Wales in the past 24 hours and many were caught on camera with hundreds of videos and photographs shared across social media platforms.

We had many photos and videos sent to us during the course of Wednesday evening – here’s just a few:

Matt captured this video in Buckley.

A slightly different view from Jo

Tony Fenton sent us this one taken in Shotton. 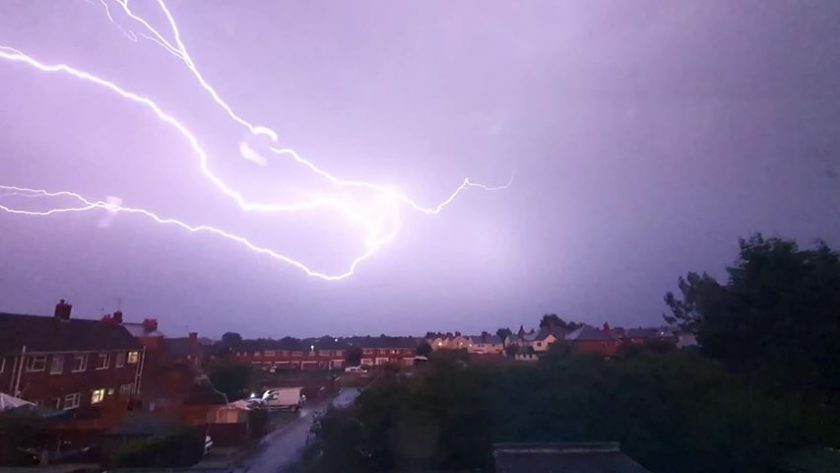 Ang Jones ion Queensferry sent this video – lighting bolt is at the end of the video.

Lightning over Wepre – thanks to Karen Higgins for this one.