Two exotic birds, whose parents were rescued from illegal wildlife traders, have hatched at Chester Zoo.

It is the first time that collared trogon chicks have ever been bred in any of the world’s top zoos.

Bird experts have hailed the arrival of the chicks, and their subsequent fledging, as “really special,” particularly given the astonishing survival story of their parents.

The duo were two of almost 100 exotic birds, from 14 different species, given a safe haven at Chester Zoo after being seized from illegal wildlife traders by customs officials in the Netherlands last year. The birds were destined to be illegally sold as pets.

The illegal wildlife trade is worth an estimated £19billion ever year and is the fourth biggest international crime after drugs, arms and human trafficking.

Hundreds of bird species are known to appear in parts of Europe after being taken from the wild in Africa, Latin America and South East Asia. The practice is driving many species towards extinction. 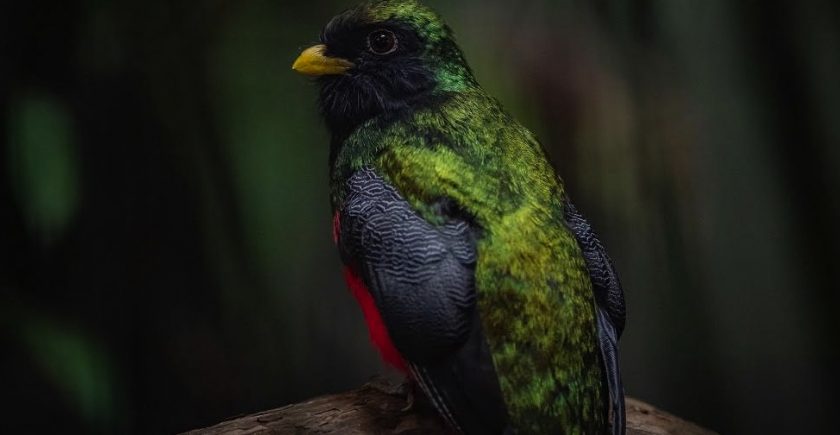 “This is a really special hatching. It may very well be the very first time that this beautiful Latin American forest species has been bred in a zoo – there certainly aren’t any other documented breeding successes in any of the world’s leading zoos.

“The collared trogon is understudied and little information exists on the courtship and mating behaviour of the species. However, we’re now able to add to the available data.

“These chicks are particularly precious given the astonishing survival of their parents who we took care of last year. They were part of a huge group of illegally imported birds rescued by customs officials in the Netherlands.

“They had had a traumatic journey and were in a poor state of health when they were first confiscated and sent to us. So, to have not only nursed them back to full health but to have got them to a point where they’re happy and able to raise their own young, is a fantastic feat.”

In South East Asia alone, up to 1.3 million birds are taken from the wild each year. The crisis has reached a tipping point with forests now falling silent.

“According to the UN, the illegal wildlife trade is worth billions of pounds each year and continues to grow despite efforts to crack down on it.

It’s threatening the future of numerous species globally and it’s important that we attempt to raise as much awareness about the issue as we can.

We need more and more people to be the eyes and ears in the fight against the trade.”

Conservationists at Chester Zoo are calling for public help to fight the crisis.

Experts are encouraging people who may be travelling to South East Asia to download the free Wildlife Witness smartphone app, which allows people to report suspicious instances of illegal wildlife trade they might witness, where it is safe to do so.