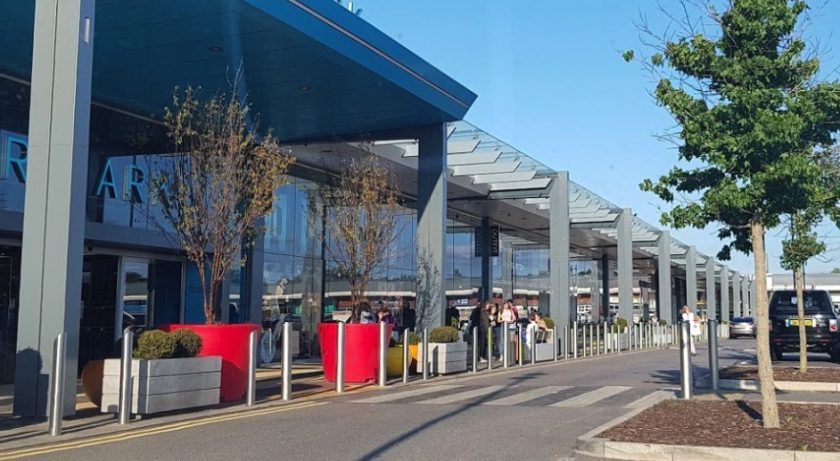 Management at the retail park responded following the news Nike is to close its factory outlet store at Broughton next week – as reported by Deeside.com on Saturday.

Signs have gone up announcing the store will be closing on Sunday, June 23 – six years after it first opened. 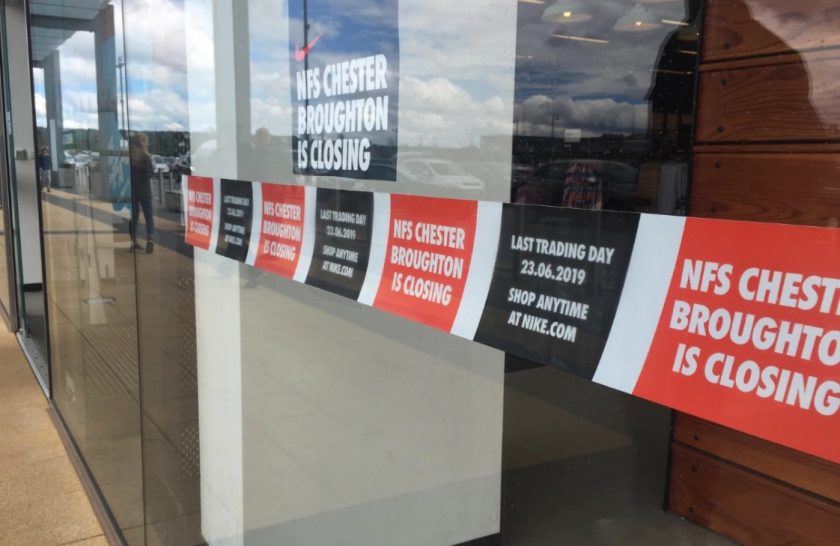 Staff working at the Broughton store were told the store was closing around two weeks ago.

It’s understood most of the staff are being made redundant.

The Broughton store is one of around 40 Nike factory outlets operating in the UK, it opened in 2013, the unit had previously occupied by JJB Sports.

The closure comes months after Toy R Us and Poundworld closed stores on the retail park after both companies folded.

The units they vacated remain empty however work is being carried ahead of new retailers taking up tenancies.

The names of the two big brands set to open later this year have not been revealed, a Broughton Shopping (park) spokesperson said:

“We have a broad variety of great retail and restaurant brands here at Broughton Shopping and are continuously reviewing this to ensure we are offering shoppers the very best experience.

We’ve got two big name brands coming to the centre later this year and we’re looking forward to revealing these in due course.”