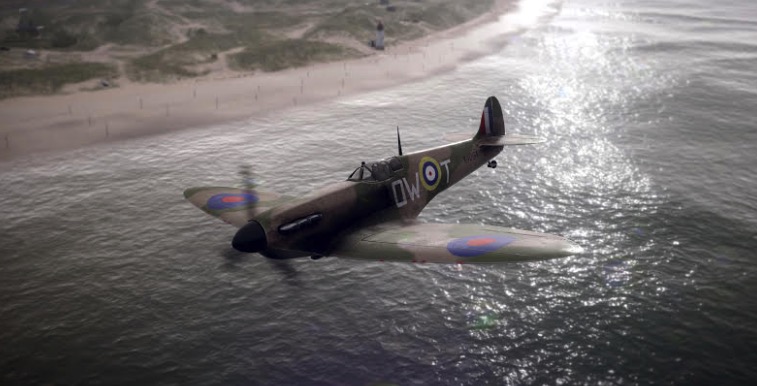 A stunning new CGI video visualising a Spitfire training over Talacre Beach during World War 2 has been released.

The village of Talacre played a vital role during WW2 and was home of the RAF Air to Ground Firing Range.

The Talacre range gave young pilots the opportunity to test the guns in flight for the first time preparing them for front line air combat.

The video has been published ahead of a WW2 weekend in Talacre at the end of July.

The film was created by historical illustrator Martin Moss and was commissioned by Flintshire County Council and Funded by Heritage Lottery to promote local history, tourism and aid education.

Martin is well known for his amazing CGI videos of Ewloe and Flint Castles and Flint Town through the ages.

Talacre remained a popular holiday location throughout WW2 and the video shows chalets and caravans spread amongst the dunes which stretched almost right up to the edge of the firing range.

Talacre will play host a variety of exhibits on July 27 and 28 with military vehicles and re-enactors, WW2 artefacts, live music and fun activities for all the family.

The area was a very different place during World War 2, with many evacuees escaping the bombing in Liverpool to stay in simple huts built in the dunes some even stayed in buses and old railway carriages.

The war was heard and seen in the skies above them with dog-fights and views of the bombing of Liverpool across the water.

The remains of pill boxes and rows of larch posts, originally put in to deter enemy invasion, can still be seen in and around the dunes. 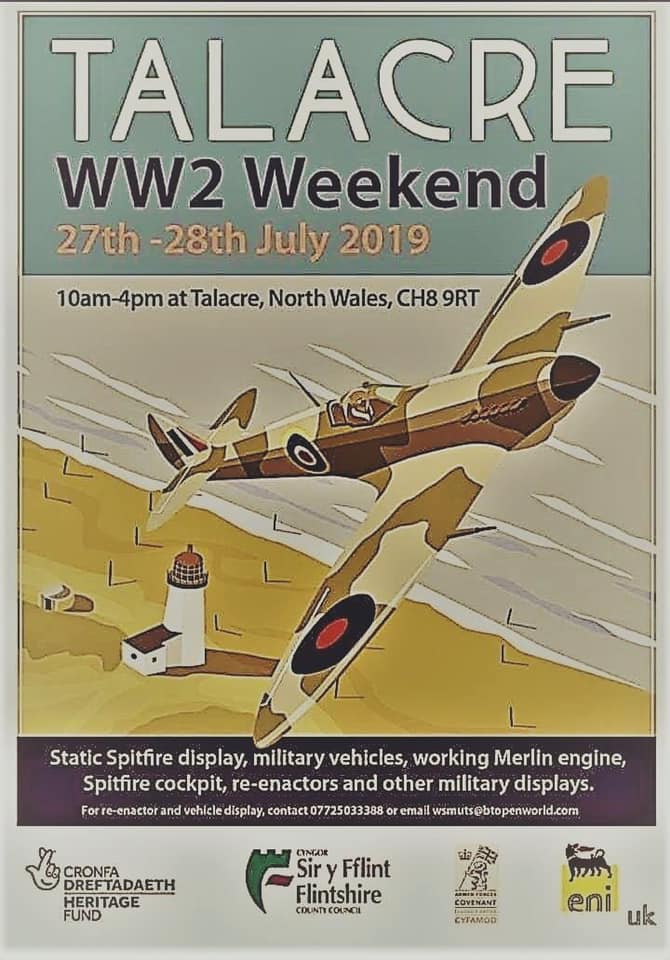 A spokesperson for the Talacre Then and Now project, said:

“To recapture the unique spirit of the place, Talacre Community Centre will be packed with displays and artefacts, ranging from a recreated evacuee chalet to an authentic Spitfire Cockpit.

There will be virtual reality headsets to get a feel of the Battle of Britain.

A film made with pupils from Ysgol Gronant, showing what life may have been like for children living in Talacre Warren during the war will also be on show.

Outdoors, the highlight is a replica of the iconic Spitfire plus a working Merlin Meteor Engine.

Cheshire Home Guard will be based beside the beach car park, along with a full sized replica pillbox and an ARP (Air Raid Precaution) post with a number of military vehicles will be on display.

There’ll be a chance to join in the archeological dig around the site of some of the old chalets too.

The event will see plenty for all the family to do from trying on clothes of the era, playing traditional games, and joining drill practice with ‘Sergeant Baglin’ and undertaking his training regime for prospective pilots!

There’s music too with a singer and saxophonist performing WW2 songs in The Point Bar during the weekend and ‘Sergeant Baglin’ and family singing well known tunes from the era on Saturday morning at the Community Centre.”