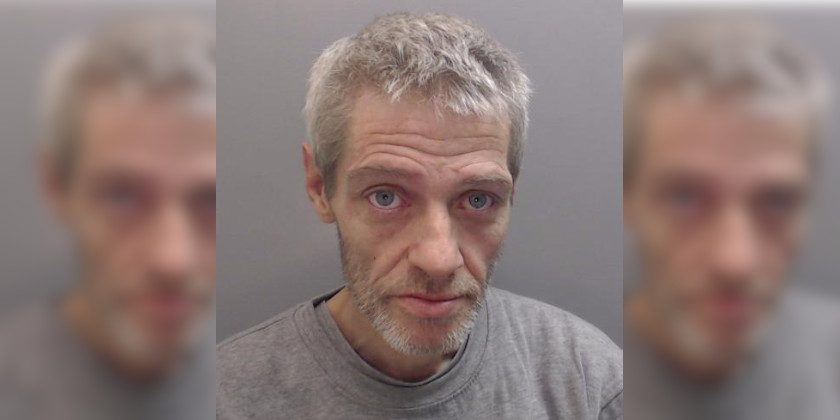 A man who was caught dealing class A drugs in Chester city centre has been jailed for more than six years.

Christopher Ellis, of Boundary Lane, Saltney, appeared at Chester Crown Court on Tuesday 28 May, where he was sentenced to 80 months in prison.

The 48-year-old had earlier pleaded guilty to three counts of possession with intent to supply class A drugs – heroin and crack cocaine – and one count of possessing criminal property.

Police say Ellis’ offending first came to light when he was seen acting suspiciously by officers conducting a drugs operation in the Water Tower Gardens area of Chester in August 2018.

He was searched at the scene and found to be in possession of a quantity of cash and a bag containing individual wraps of brown powder.

Ellis was subsequently arrested on suspicion of possession with intent to supply class A drugs.

After being questioned in custody, he was released under investigation whilst forensic tests were conducted on the drugs seized.

Ellis was arrested again later that year, on Wednesday 14 December, after officers spotted him dealing drugs in the Delamere Street area of the city.

On that occasion he attempted to swallow the drugs he was selling but officers managed to stop him from doing so. Ellis also resisted arrest.

After being arrested and then interviewed in custody, Ellis was warned about his behaviour and released on conditional bail.

He was subsequently charged in connection with both incidents.

Following sentencing, PC Paul Harrison, who managed the investigation, said: “Throughout this investigation Ellis has shown blatant disregard for the law. He refused to answer any questions during interviews and continued to deal drugs despite his initial arrest for drug dealing.

“Thankfully, as a result of the vigilance of the officers who spotted Ellis conducting his illegal activities, he is now behind bars and can no longer blight our city with illegal drug deals.

“The detrimental impact of illegal drugs on our communities cannot be underestimated and removing such drugs and those who supply them from our communities is of paramount importance.

“I hope that this case sends a strong message to those involved in the supply of illegal drugs that they are not invincible and will be caught and brought to justice.”

In total, officers seized 32 wraps of heroin and 15 wraps of crack cocaine from Ellis.

The drugs seized had an estimated street value of £470.

On top of his custodial sentence, Ellis was ordered to pay more than £500 in court costs and a £170 victim surcharge.

He was also ordered to forfeit the money that officers seized from him, which totalled more than £250.

Inspector Emma Parry, of Chester Local Poling Unit, said: “I would like to thank all of the officers involved in this case for their hard work in securing this conviction.

“As a result of their diligence a persistent drug dealer is now serving a custodial sentence and a quantity of class A drugs have been removed from our streets.

“While this investigation has now concluded, our fight against criminals who plague our city with illegal drugs continues.

“I urge anyone with any information about suspected drug related activity in Chester to contact us at Cheshire Constabulary. Your concerns will be listened to and we will investigate the matter.

“Together we can stop those who cause so much damage to our communities through the supply of illegal drugs.”