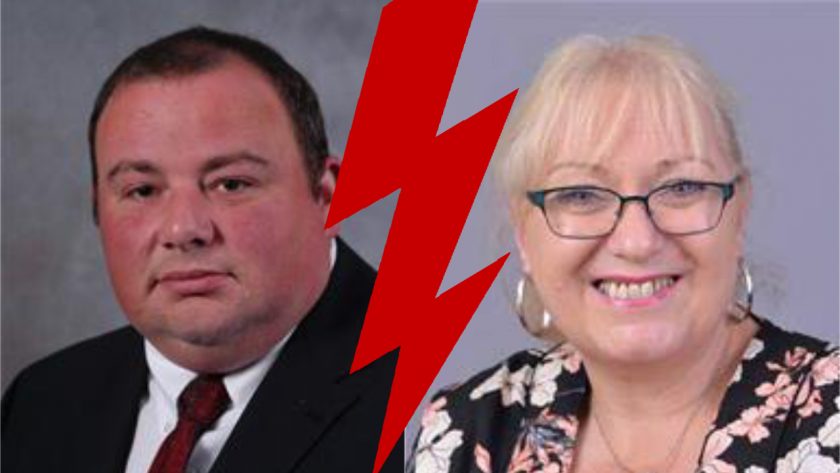 A row has broken out over plans to consolidate three pupils referral units (PRUs) on Deeside into one amid concerns about children’s safety.

Members of Flintshire Council’s planning committee were largely in agreement with the main project, which will see the school refurbished and a new dining hall added on.

It will also result in the demolition of buildings associated with the former John Summers High School and the creation of a community hub.

However, two councillors who used to sit together on the local authority’s ruling cabinet entered into a war of words over the construction of a new PRU.

Known as Plas Derwen, it will consolidate three existing units in the area into the same building on Chester Road.

Cllr Bernie Attridge said he was worried about it being located next to the primary school following a previous incident where a youngster escaped from Shotton’s PRU.

The former Labour member, who was removed from his post as deputy leader last year, also highlighted complaints in relation to a homeless shelter, which was recently set up nearby.

Cllr Attridge, who now leads the Flintshire Independents, said: “We’re all aware of incidents at these places and people escaping from them.
“We’ve got a hub that’s just opened for the homeless where we’re getting a lot of complaints from Queensferry schools about needles.
“The hub I’ve got no issue with or the extension of the school. I can understand the rationale for bringing the PRU together, but I am very concerned about this location.”

The new unit has been designed to improve on an established facility at the site by boosting its capacity to cater for 98 children aged four to 16.

The council said it would cater for youngsters who require specialist supervision for behavioural and social issues.

Cllr Christine Jones, Labour’s cabinet member for social services, said she fully supported the creation of the PRU and took issue with Cllr Attridge’s comments.
She said: “I don’t really like the way these children are being spoken about.
“They are in these PRUs for a certain reason, which is to give them extra support for their education.
“There are some with behavioural problems, but these are children at the end of the day, and they deserve our support and not to be spoken about in this way.
“They’re there because they need our care for their own wellbeing. They’re not there because they’re a danger so please don’t think about them in this way.”

The row continued via the virtual meeting’s chat function where Cllr Jones reiterated her discomfort about how the children were being spoken about.

In response, Cllr Attridge said there was “clear evidence from the PRU in Shotton unit that pupils were escaping and were a danger”.

He later clarified he did not have a problem with the youngsters, but had concerns over the security of the building.
Cllr Chris Bithell, cabinet member for planning, joined Cllr Jones in backing the new unit which he said was “not a prison”.
He said: “There is a PRU on site currently which has been there for some time and I’m not aware of any particular problems relating to that.

“PRUs are not prisons – they are not a secure unit and we can’t really make them secure by locking pupils in.”
The decision to delegate decision making authority to the chief planning officer was unanimously approved at the end of the debate.
Officers said it was required to ensure the plans could be progressed quickly without any delays.