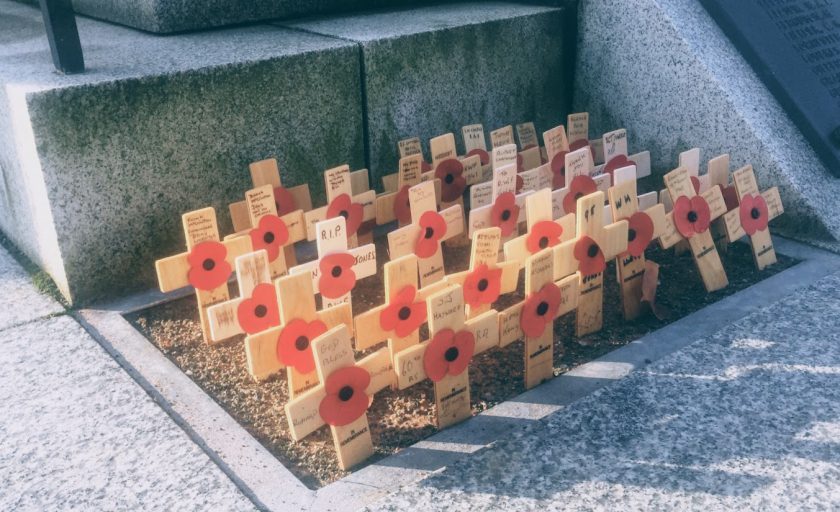 On the 11th hour of the 11th day of the 11th month in 1918, the guns of the Western Front fell silent after more than four years of continuous warfare during the First World War.

In many parts of the world, people observe a two-minute silence at 11am every November 11, to remember those who lost their lives during the First World War as well as in more recent conflicts.

Remembrance Sunday is the second Sunday in November, the Sunday nearest to November 11.

People of all ages will pay their respects to those who have lost their lives in conflicts at Remembrance events across Flintshire.

Shotton Interservices Committee to the Annual Service of Remembrance on Sunday 10″ November 2019.

Assemble for the Service will be at 9.30am at the Civic Hall, Connah’s Quay.

After the Service, Members will parade from outside the Civic Hall, moving off at 10.40am to the Connah’s Quay and Shotton War Memorial for a short service, act of Remembrance and laying of Wreathes.

This will be followed by a march to the Groves Sports & Social Club, Bridge Street, Shotton.

In Hawarden, the Community Council organises the Annual Remembrance Sunday Service at the Hawarden War Memorial on behalf of the Hawarden and Ewloe Royal British Legion.

The Service will be preceded by a parade from the Gladstone Playing Fields Car Park to the Hawarden Memorial.

The Parade will assemble at Gladstone Playing Fields Car Park at 10.30am and commence at 10.40am, arriving at the Hawarden Memorial at 10.50am, where the Service and Wreath Laying will take place. 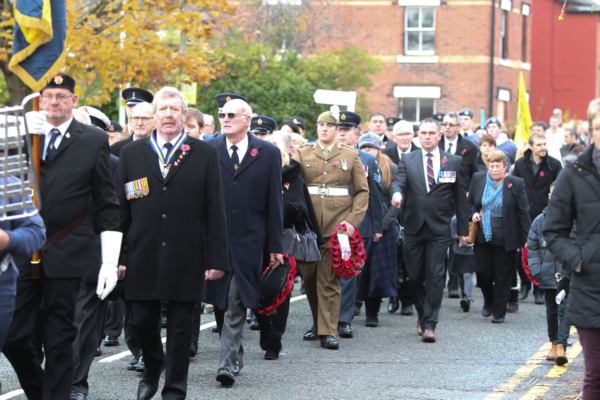 A Service of Remembrance will be held at St. James Parish Church, Holywell at 10.45am followed by a short service and wreath-laying at the Memorial Gates at Panton Place.

Arrangements are in hand for a march along the Ring Road to Well Street (St James Parish Church) assembling in the Lidl car park off the Ring Road at 10.25am.

At about 11.45am, following the service at the Parish Church, the Unit will march from Well Street to the Memorial Gates at Panton Place.

The march will be followed by a parade including civic guests, town councillors, local organisations and ex-servicemen, etc.

The Mayor will take the salute outside the Old Town Hall.

Following the service, the parade will assemble and march to the Cenotaph and join others for the Act of Remembrance with the two minutes silence being observed at 11.00am.

Some roads will be closed for a short period while the parade take place – these are roads and the times of closure.